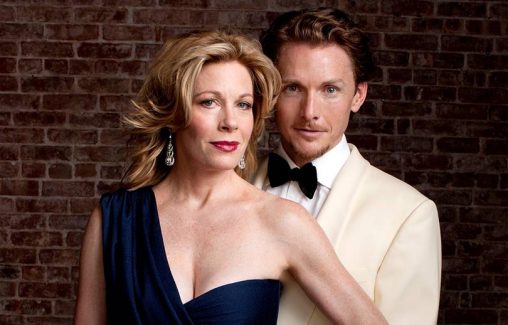 Mazzie, Danieley and Thalken will work with student performers on Friday, Feb. 24, from 10:30 a.m. to noon in the Festival Playhouse in Wright State’s Creative Arts Center. The master class is open to the public for observation.

They will also perform on Feb. 24 in the Human Race Theatre’s 30th anniversary gala Broadway And Beyond at 8 p.m. Tickets for the Human Race event are available through Ticket Center Stage.

Mazzie created the roles of Helen Sinclair in “Bullets Over Broadway,” Clara in Stephen Sondheim’s “Passion” and Mother in “Ragtime” on Broadway and performed in revivals of “Kiss Me, Kate” and “The King and I.” She and Danieley appeared together in “Next to Normal.”

Danieley created roles in the Broadway productions of “The Full Monty,” “Curtains” and “The Visit,” as well as many productions in London and across the U.S. He is a popular concert artist, appearing frequently with major symphonies and on television.

Thalken is an award-winning composer whose theatre and concert works have been performed internationally. His musicals include “Harold and Maude,” “Was,” “And the Curtain Rises” and “Borrowed Dust.”

The Human Race Theatre Company, Dayton’s resident professional theatre, is one of the Musical Theatre Initiative’s community partners and a frequent collaborator with Wright State University’s Department of Theatre, Dance and Motion Pictures and its faculty, students and staff. This opportunity is supported through their generosity.

Joe Deer, director of the Musical Theatre Initiative, said Mazzie, Danieley and Thalken are among the most exciting artists working on Broadway today.

“It’s a great chance for our students to work up close with the very best,” Deer said. “This visit affirms The Human Race’s commitment to including Wright State in the world-class opportunities they bring to Dayton.”

The Musical Theatre Initiative at Wright State University is an international center dedicated to celebrating and exploring the history, culture and craft of the musical theatre through concerts, workshops and conferences.

For more information on the workshop, contact Joe Deer at joe.deer@wright.edu.