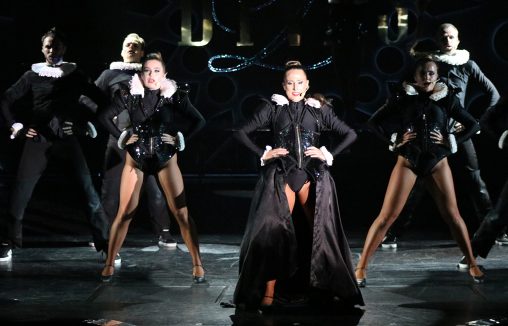 Paige Dobkins, who earned a bachelor’s degree in acting, is one of many Wright State performing arts graduates with successful careers performing on cruise ships.

Singers, dancers, actors and other graduates of Wright State University’s theatre and dance programs typically make their living on terra firma. But a few take leave of dry land to ply their craft on the high seas, entertaining passengers on cruise ships from Alaska to Australia and the Caribbean to Italy.

“We have graduates all over the world right now from many programs,” said Joe Deer, head of the Musical Theatre Program. “We even have a pair of Wright State sisters who are working on different sides of the globe on ships as performers.”

One of them is Paige Dobkins, who graduated from Wright State in 2015 with a bachelor’s degree in acting with an emphasis on musical theatre. She works for the Carnival Cruise Line in a fleet that includes the Ecstasy, Fascination and Legend.

Dobkins has traveled most of the Caribbean — the Bahamas, Grand Turk, Cozumel, Puerto Rico, Dominican Republic, the Virgin Islands and Key West.

“This upcoming contract I’ll be starting in Alaska, then venturing to Hawaii and then end the second half in Australia,” she said. “I’m really excited to see more of the world.”

Dobkins grew up in the Cincinnati suburb of Colerain. Her father is a frontman singer of a ’70s and ’80s classic rock band, and she learned to sing by mimicking Bon Jovi, Journey and Heart.

“I got interested in singing right from the start, as soon as I can remember, from singing to the guitar with my dad and siblings,” she said.

After graduating from Colerain High School, where she was in the school and show choirs, Dobkins enrolled at Wright State to study nursing, but quickly gravitated to theatre.

“Thank God my parents were supportive of me pursuing theatre and actually encouraged it,” she said. “I get to live for my passion every day. How cool.” 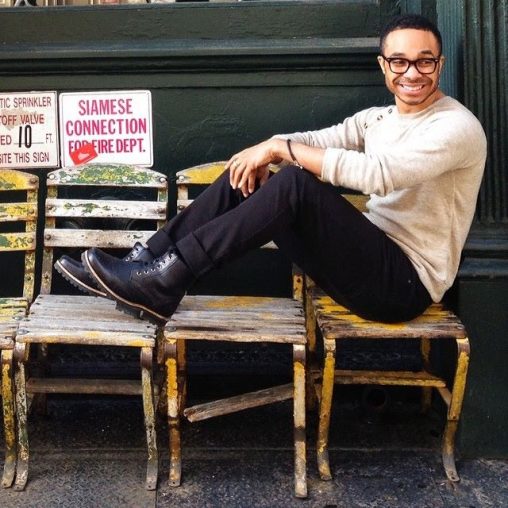 After performing on cruise ships around the world, Brandon Kelly ’10 now works as director and choreographer for an entertainment company.

Brandon Kelly graduated as a dance major from Wright State in 2010. He has performed on several cruise ships, first the Norwegian Jade and later on the Holland America Line’s Westerdam. His performances included aerial acts.

“I got to meet so many different cultures and temporarily immerse myself in their country and lifestyle,” he said. “I tried to soak it all in.”

Kelly grew up in Cincinnati and started dancing for an inner city production company that trained children in the arts and put on musicals a few times a year. He became involved in plays and musicals at Wyoming High School and was a dancer at Kings Island in various shows for more than five years.

“I knew that dancing was something I wanted to continue to do professionally and further my education and training,” he said.

Kelly no longer works on cruise ships as a performer. He currently works as director and choreographer for RWS Entertainment Group, a full-service entertainment company based in New York City that stages performances for corporations, theme parks and cruise ships.

“I teach the shows for our client, Holland America Line,” said Kelly. “I take our production casts from rehearsals in New York City to the on-board installation process, where they will stay for around six months providing the entertainment for guests.” 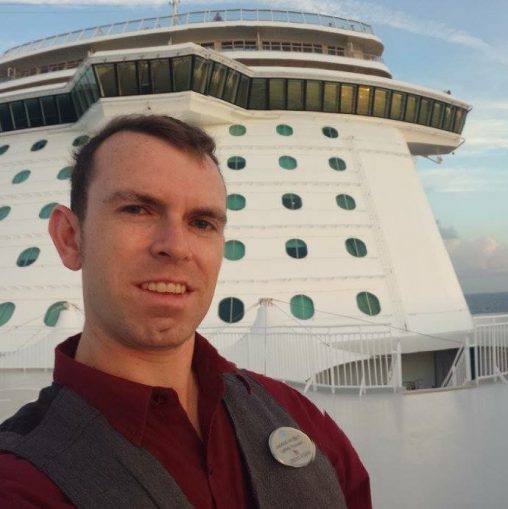 Andy Balmert ’13 has worked for Norwegian Cruise Line as a lighting technician.

Andy Balmert graduated from Wright State in 2013 with a bachelor of fine arts in lighting design and technology and for the past four years has worked for Norwegian Cruise Line as a lighting technician. The Columbus native has worked on seven different cruise ships and has traveled to South America, the Caribbean, the Mediterranean, New Zealand and other far-flung places.

“The biggest challenge was learning ship life and the general flow of working six months straight with no day off and shows that constantly change day by day at times,” he said. “Each culture has their own niche, and it is difficult to figure out how to work with each other at times. However, it always seems to work out on ships, and I have many friends from around the world because of this.”

“It was the first time that we put on a play, and I was fascinated by how light could change an atmosphere on stage and affect people’s emotions,” he said.

His career goal is to continue to do design work, become part of a national tour and later settle down and do local theater work.

Dobkins said the toughest part of her career is being away from her family. Her sister, Haylee, also performs on cruise ships.

“The only time I see her is when we use one of the weeks of our vacations to go on the other’s ship and visit,” she said. “She’s my best friend in the entire world, so I’d say that’s the hardest. Our entire family is close.”

Dobkins said the most rewarding thing is that Carnival hired her and her soon-to-be husband as a package deal.

“I’ve gotten to do every contract, and explore new parts of the world with him by my side,” she said. “To be honest, it rarely feels like ‘work,’ and we’re getting paid to do it. Within our first contract, we were both able to pay off our student loans entirely and build up a savings to have our dream wedding and more.”

Dobkins’ career goal is to continue doing what makes her happy.

“For now, exploring the world while getting paid to perform makes me extremely happy,” she said.