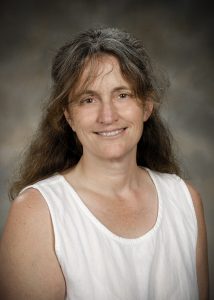 Yvonne Vadeboncoeur, professor of biological sciences at Wright State, travels throughout the world to study lakes and rivers. Next year, she will conduct research on New Zealand rivers as a Fulbright Scholar.

Vadeboncoeur researches algae and its importance as food for animals living in rivers and lakes. Her passion for exploring aquatic habitats, especially while scuba diving, has taken her to Canada, Denmark, Greenland and East Africa.

“By studying aquatic ecosystems all over the world, I better understand how healthy and impaired lakes and rivers work. Such a global perspective helps scientists advise the public about environmental problems,” she said. “I also learn from other scientists. Each country has its own scientific culture, and science progresses much faster when we cross borders.”

Vadeboncoeur will collaborate with New Zealand scientists to study harmful algae that grow on submerged rocks. Most algae is not toxic, it is just good food for bugs and fish. Most harmful algae that release toxins into the water, such as what has happened in Lake Erie and Grand Lake St. Marys, are suspended in the water. In New Zealand, harmful algal blooms are beginning to grow on the bottom of rivers, and scientists are worried this may start to happen in the United States.

“By sharing our expertise, my colleagues in New Zealand and I can come up with ways to prevent toxic algae from carpeting the bottoms of rivers in the US,” Vadeboncoeur said.

Collaboration is one of Vadeboncoeur’s favorite aspects of research. “Science is a very social activity, and international collaboration is extremely productive,” she said.

She has spent many summers in Tanzania studying Lake Tanganyika in the African Rift Valley and mentored a Tanzanian doctoral student at Wright State, who has since become a professor in Tanzania. 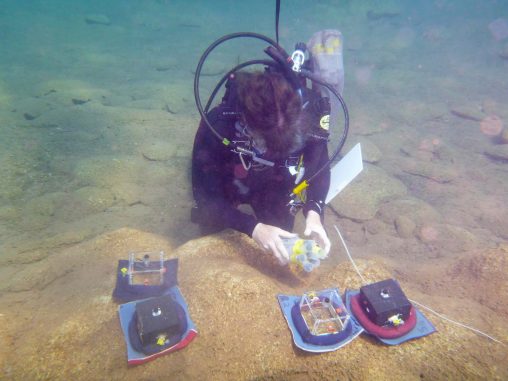 Yvonne Vadeboncoeur researches algae and its importance as food for animals living in rivers and lakes.

“I have had so many wonderful experiences in Tanzania and Lake Tanganyika. Educating one of their brightest students in my lab was a wonderful way to give back to the people of Tanzania,” Vadeboncoeur said. “The Fulbright Scholarship is another valuable opportunity for international collaboration.”

Through the sponsorship of the Fulbright Program, Vadeboncoeur will get to work with other world experts on algae and aquatic food webs. She will also take a side trip to Australia to work at the Australian Rivers Institute.

Vadeboncoer’s husband, Elliot Gaines, a professor in the Department of Communication at Wright State, will also collaborate with international colleagues during their travels.