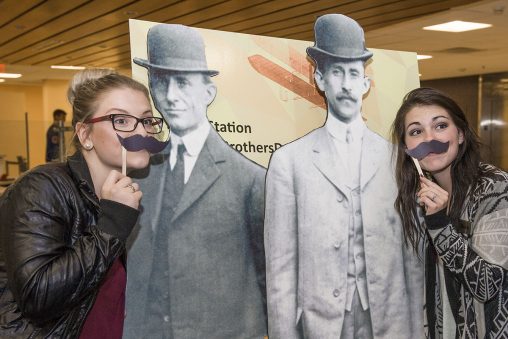 Wright State University will celebrate its namesake, the Wright brothers, with an event that showcases local inventors and technological advances in the innovative spirit of Wilbur and Orville Wright.

The date celebrates the anniversary of the Wright brothers’ 39-minute flight across Huffman Prairie in 1905. The flight demonstrated that the Wrights’ design for an airplane had advanced to a practical design.

“The Wright brothers took their first flight before Oct. 5, but it was not a far distance, so they were not taken seriously. But Oct. 5 was the day they proved everyone wrong and flew 24 miles in 39 minutes and 23 seconds. This flight really showed that they were developing something truly amazing that could change everything, and that is what Wright Brothers Day is all about,” she said.

Several local companies and Wright State innovators bring in recent inventions for Wright State students to explore. The Air Force Research Laboratory will demonstrate software that after filming a video can produce a verbal description of the footage.

Kno.e.sis, the Ohio Center for Excellence in Knowledge-enabled Computing at Wright State, will display its research that uses social media content to predict suicide risk for early intervention. 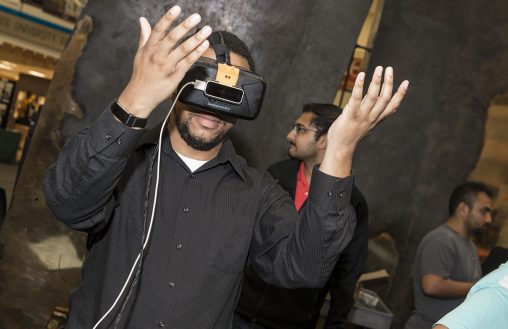 Students can also explore various aviation personalities represented in the manuscript collections from the Wright State Special Collections and Archives, which houses the largest private collection of Wright brothers’ material in the world.

Keynote speaker Peggy Chabrian, president and founder of Women in Aviation International, will talk about women in aviation. In addition, Walter Price will read the poetry of Paul Laurence Dunbar, a close friend of Orville Wright and the namesake of the Wright State library.

Students will be able to visit with re-enactors from Carillon Park in Dayton who will be dressed as Orville, Wilbur and Katherine Wright. All three re-enactors are Wright students.

To promote the event, students in Wright State’s Social Media and Viral Marketing course created promotional videos. The Raj Soin College of Business has posted the student videos on its Facebook page for visitors to vote on their favorites.