Communication in the Peace Corps 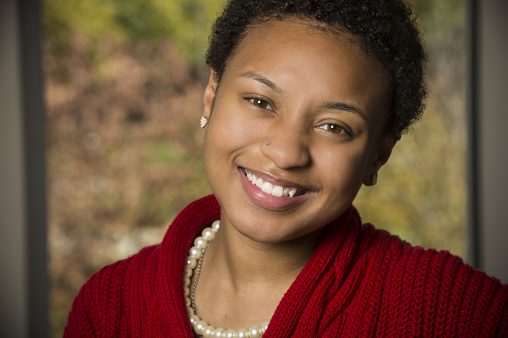 Calandria Tate, who graduated from Wright State in December with a degree in communication studies, is volunteering in Senegal as a member of the Peace Corps.

Someday Calandria Tate wants to open a counseling practice for children with developmental disabilities. Before she does, she’s going to Senegal, Africa.

For Tate, Wright State provided an affordable opportunity to be close to home. Her brother has autism and she did not want to be far away from him while she was in college. Her brother inspired her to the point where she plans to pursue a Ph.D. in counseling so she can work with children like her brother.

“I just feel like there’s so much more that we can do with counseling, more than marriage counseling. I just want to take a new concentration,” she said.

“Interpersonal Communication really challenged me,” Tate said. “It really helped me work with other people more than I used to.”

“I thought I’m young, let’s do it. Since I’m about to graduate I can do what I’ve always wanted to do and start my future,” she said.

As a member of the Peace Corps, Tate will serve as a preventative health volunteer in Senegal, Africa, working with young people to help improve community health across Senegal. She will work on helping prevent the spread of malaria, as well as on nutrition, sanitation and preventing common illnesses. She will live and work in a rural village and partner with local health volunteers, as well as larger cities and regional capitals.