A family committed to Wright State 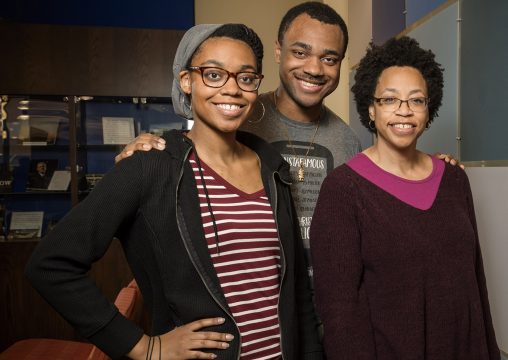 The Baugham family has been strong advocates for Wright State for a long time.

David Baugham, the first member of the family to attend Wright State, earned his bachelor’s degree in supply chain management and was president of the Student Government Association from 2017-2018.

His younger siblings and mother are now attending Wright State and continuing the positive tradition.

Since 1998, the Baugham family has been in charge of a nonprofit organization that assists single parents by providing transportation and car repairs, financial support, parenting classes and general support for single parents.

Pamela Baugham decided to go back to school to learn more about her cause. She is pursuing a bachelor’s degree in social work.

“We really value an education, especially one that’s affordable,” she said. “With five of our seven family members in college, Wright State made that possible.”

Throughout her time in the Social Work Program, Pamela has worked in practicums a few hours each week to get experience in the field. She works with Catholic Social Services of the Miami Valley, where she interacts with clients, assists in a food pantry and learns more about social work.

Twins Anna Baugham and Andy Baugham also attend Wright State. Anna majors in nursing, while Andy is pursuing a bachelor’s degree in communication studies. Both have appreciated the Wright State community as well as the quality of the classes. 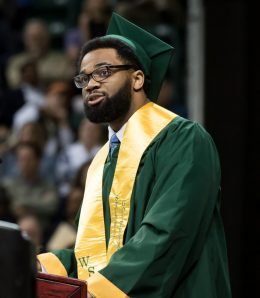 “The community is so good,” Anna said. “Not only in pre-nursing or your major, but so many groups have such open arms. It’s very refreshing.”

Andy said he also appreciates the atmosphere around campus and especially enjoys participating in the Japanese Club and Chi Alpha, a Christian group on campus.

“It’s an environment that’s way better than high school,” he said. “Everyone is treating everyone as people and everyone is so fun to talk to.”

The whole family greatly enjoyed seeing David Baugham’s work with Student Government and it encouraged them to attend Wright State and share their positive experiences with the university. Anna is considering following in her brother’s footsteps and participating in Student Government. She has learned a lot from the SGA freshmen internship program.

“I get to interact with administration, attend SGA meetings. It’s a little intimidating, but it’s so cool to be able to see that,” she said.