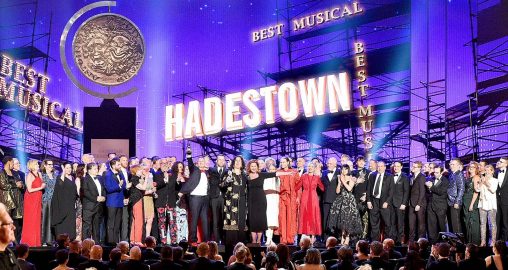 The cast and crew of “Hadestown” celebrate the 2019 Tony Award for Best Musical.

One of the highlights of the annual Tony Awards, which spotlight the best of Broadway, is the award for Best Musical. “Hadestown” was named the winner, and when the cast and crew flocked to the Radio City Music Hall stage to accept the statue, a Wright State University theatre alumnus was among them.

Joey Monda, who received a B.F.A. in musical theatre from Wright State in 2012, is a co-producer of “Hadestown,” which won eight Tony Awards June 9 in New York City.

“I have huge pride in this young man,” said Joe Deer, chair of Wright State’s Department of Theatre, Dance and Motion Pictures. “Joey has been an incredible supporter of this department and our students, faculty and graduates.” 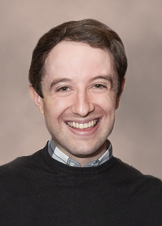 “Hadestown” intertwines two mythic tales — young dreamers Orpheus and Eurydice, and King Hades and his wife, Persephone — as it takes the audience on a journey to the underworld and back.

“This is a banner year for Wright State and the Department of Theatre, Dance and Motion Pictures, with an Oscar to alumna Hannah Beachler for ‘Black Panther’ and now a Tony Award,” Deer added. “We have a lot to be proud of.”

The Antoinette Perry “Tony” Awards are bestowed annually on theatre professionals for distinguished achievement and are one of the most coveted entertainment awards. The 2019 Tony Awards are presented by The Broadway League and the American Theatre Wing.