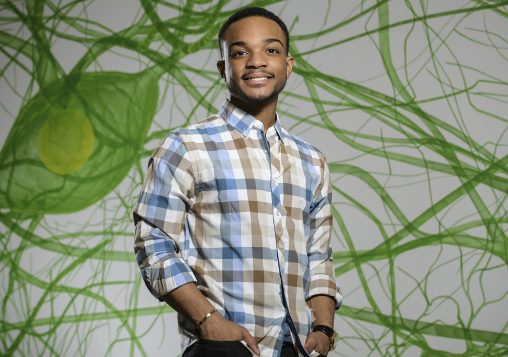 Adrian Williams, vice president of the Wright State student body, is one of two students serving on the Ohio Undergraduate Mission Study Committee.

Williams was appointed to the Ohio Undergraduate Mission Study Committee, joining committee members Daniel Palmer, 2019 business economics graduate and former student body president, and Dan Krane, interim dean of the Lake Campus and chair of the Ohio Faculty Council. Williams is the student appointee for the Ohio Senate and was nominated by Larry Obhof, president of the Ohio Senate.

Williams said he is honored to be appointed to the committee, especially since he gets to serve again with Palmer, with whom he worked as the vice president of the student body during the 2018-19 academic year.

“I have a huge passion for higher education, minority education, retention, scholarship, increasing the amount of research opportunities,” Williams said. “I also have a passion for leadership and politics, and this committee is an opportunity to work on behalf of students in Ohio and use some of my strengths for the greater good.”

Williams said he hopes to see an increase in input from students across Ohio and see more students get involved in higher education policy and politics. “I can’t wait to work on behalf of Ohio students and create positive change in our state,” he said.

Krane said Williams is an outstanding addition to the committee.

“He has proven to be a very effective advocate for students and higher education in general through his testimony before Ohio’s General Assembly,” Krane said. “His perspective as a student leader on the role of full-time faculty on undergraduate education will be extremely valuable.”

The committee was created as part of a House bill that also established the Subcommittee on Standards for Teacher Preparation of the Educator Standards Board, addressed higher education cybersecurity safe harbor and required public schools to notify a parent or guardian if a student does not arrive at school.

He is involved in computational neuroscience research and bioinformatics work. In 2018, he was a Newman Civic Fellow, a prestigious one-year fellowship for community-committed college students organized by Campus Compact. He is also a leader of the Retain the 9 Initiative, an effort to support and retain more underrepresented students at Wright State. He has also testified several times before Ohio General Assembly committees.

During the summer of 2018, he worked at the World Health Organization in Switzerland and participated in a research project involving computational biology and gene sequencing at Harvard Medical School. This summer, he is working on computational neuroscience related to treatment for depression at the Weill Cornell Medical College in New York.

Passionate about the intersection between health care, public policy and politics, Williams plans to attend medical school after graduating from Wright State in 2021.