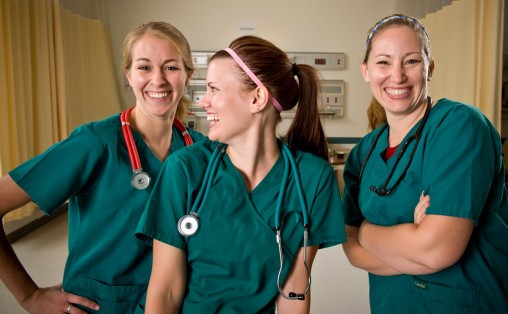 The online RN-to-BSN Program is designed to accommodate their typical work schedules of registered nurses who have an associate degree or diploma in nursing.

Wright State University’s nursing programs were recently ranked one of the best in the state.

The university’s College of Nursing and Health was ranked No. 3 in Ohio for 2019, according to Nursing Process, a website that considers itself a guide to nursing and health care education. Ohio State University took the top spot in the ranking while the University of Cincinnati ranked No. 2 in the state.

“We are proud to be recognized for offering quality nursing education and providing competent nursing professionals to the Dayton and Lake Campus regions, and throughout Ohio,” said Deborah Ulrich, interim dean of the WSU college of nursing and health. “Our faculty provide an exceptional curriculum and lab simulation, while our community partners offer clinical experiences that prepare our students for a multitude of nursing roles.”

The rankings considered nursing schools across the state that offer baccalaureate and graduate-level nursing programs that have been both approved by the state Board of Nursing and accredited through one of two national agencies.

The list was based on a college’s cost, reputation, academic quality and the pass rates for the nursing licensure exam.

Wright State’s current pass rate on the nursing licensure exam is above 97 percent, while the state average sits at about 87%. The graduate certificate pass rates are also above state averages.

As Wright State has struggled to maintain or increase its enrollment in recent years, its nursing program has grown.

The growth is due in part to the fact that a large portion of the population is aging, resulting in a need for more nurses.