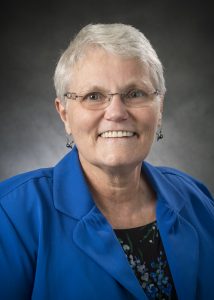 Mary McCarthy, professor of surgery at the Boonshoft School of Medicine.

Mary McCarthy, M.D., professor of surgery at the Wright State University Boonshoft School of Medicine, has been named a Master Surgeon Educator by the American College of Surgeons (ACS). She is one of 83 surgeons in the United States granted the honor this year.

The 83 inductees of 2019 joined 91 members and associate members of the ACS who were inducted into the 2018 inaugural class, bringing the Academy of Master Surgeon Educators membership to 174. Developed by the ACS Division of Education, the academy recognizes surgeon educators who have devoted their careers to surgical education.

Individuals are selected as members, associate members or affiliate members following stringent peer review. The academy’s mission is to play a leadership role in advancing the science and practice of education across all surgical specialties, promoting the highest achievements in the lifetimes of surgeons.

Academy membership carries an obligation for commitment to the academy’s goals, which are to identify, recognize and recruit innovators and thought leaders committed to advancing lifelong surgical education; translate innovation into actions; offer mentorship to surgeon educators; foster exchange of creative ideas; disseminate advances in surgical education; and positively impact the quality of surgical care and patient safety. In addition to supporting the mission and goals of the academy, members must actively participate in academy programs and activities.

McCarthy was admitted into the American College of Surgeons Academy of Master Surgeon Educators at a fall induction ceremony held at the John B. Murphy Memorial Auditorium in Chicago. Master Surgeon Educators will also be recognized during the ACS Clinical Congress 2019, on Oct. 27, in San Francisco. The event is one of the largest educational meetings of surgeons in the world.