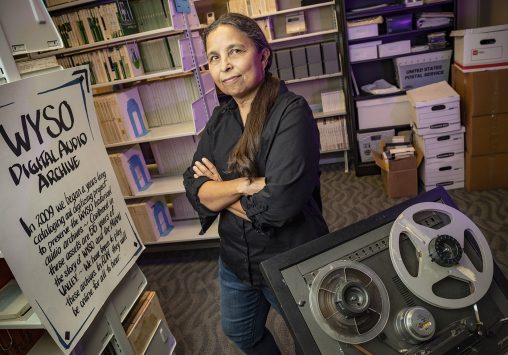 For many years, the sound of these history-making voices captured in the region beginning in 1958 was at risk. The voices lived on old and dusty magnetic audio recording tapes stuffed in bags and boxes discovered in a basement storeroom at WYSO Public Radio.

But thanks to a federal grant, the recordings have been saved — stabilized, organized, catalogued and archived in a temperature and humidity-controlled sanctuary at WYSO. And with the help of Wright State University alumna Jocelyn Robinson, this audio collection has a new life.

Robinson’s current project is equally ambitious — a treasure hunt of audio recordings made by radio stations at the nation’s historically black colleges and universities.

Robinson discovered that of the 101 historically black colleges and universities (HBCUs), 29 currently have radio stations. She proposed a research project to identify the content and condition of any historical audio recordings and help the stations preserve them. Her project was funded in 2018 by the National Recording Preservation Foundation.

During site visits, Robinson sits down with the station manager and often the school archivist to discuss the project and to find out whether the station’s recordings are being included in the university’s archival collection. 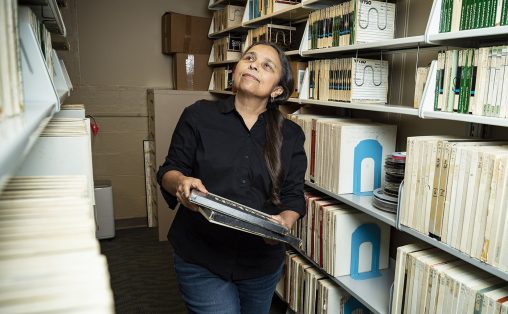 Robinson said that even though all of the stations have music formats, many of them kept listeners apprised of news and events in their communities, particularly from the civil rights era and forward.

She majored in both theatre and dance before settling on art history with a concentration in gallery management and museology. She had a work-study job at the university’s art gallery.

Along the way Robinson earned her master’s degree in cultural studies with a concentration in race, gender and identity at Antioch University. Her thesis was titled “Not Your Tragic Mulatta: Self Definition and Identity in Mixed Race Women.”

Then it was on to Central State, where she worked as director of the Title III grant program, helping administer several million dollars of federal funding to the university.

In 2013, Robinson began getting radio production and audio-storytelling experience by taking a Community Voices course at WYSO. For her class project, she used the archival audio from the WYSO collection.

“My piece had such an impact that I got bitten by the bug,” she said.

“I learned as I went,” she said. “I did standups. I did interviews. I did oral histories. I did all the scripting, voicing and mixing too.”

Robinson also returned to Wright State, where in 2016 she earned a graduate certificate in archives and records management through the Public History track offered by the Department of History so she could be fluent in the language of archives.

“The faculty in the Public History Program at Wright State are all working archivists and are amazing and inspiring,” she said. “I feel both blessed and privileged to have been educated by them.”

Robinson teaches at Antioch University and has an office at WYSO, where she manages a multitude of radio production projects.

She is working on “West Dayton Stories,” gathering oral histories of elderly residents and training a team of community producers who will tell a wide variety of stories to amplify the voices of the community.

“I have this credo and it is this,” she said, “I need to do stimulating work that does good.”