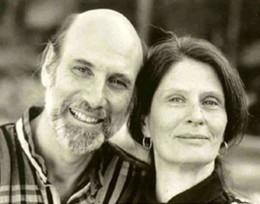 Samuel Shem, pen name of Stephen Bergman, M.D., Ph.D., will address 101 members of the class of 2011 as they receive their medical degrees and officially become physicians.

DAYTON, Ohio—After dedicating four or more years to intense study and rigorous, specialized training, the 101 members of the Wright State University Boonshoft School of Medicine class of 2011 will receive their M.D. degrees during the school’s commencement ceremony on Friday, May 27.

In addition to the conferring of degrees, the evening event, to be held at 6:30 p.m. in the Schuster Performing Arts Center in downtown Dayton, includes a “hooding ceremony” in which graduates receive traditional regalia denoting their status and profession. The graduates will also take a professional oath to mark the start of their medical careers and sign a registry to commemorate their first use of the initials M.D. following their names.

This July, the graduates will move on to prestigious residencies and receive advanced training in a primary care field or more than a dozen medical specialties. The new physicians will be entering outstanding programs in Dayton, throughout Ohio, and across the country, including the Mayo Clinic’s Mayo School of Graduate Medical Education, the University of Pennsylvania School of Medicine and the University of Chicago Medical Center.

Nearly half of the graduates will remain in Ohio during residency, and 44 percent will enter a primary care field such as family medicine, internal medicine or pediatrics.

Samuel Shem is the pen name of Stephen Bergman, M.D., Ph.D., a graduate of Harvard (Phi Beta Kappa), a Rhodes scholar at Balliol College, Oxford, and a graduate of Harvard Medical School, who served on the faculty of Harvard for 35 years. The title of his address is “How to Stay Human in Medicine.” Shem has been described in the press as “Easily the finest and most important writer ever to focus on the lives of doctors and the world of medicine.”

The Lancet called his book The House of God, “One of the two most significant medical novels of the 20th century.”  Its sequel, Mount Misery, is about training to be a psychiatrist; and Fine follows a psychoanalyst.

His 2008 novel, The Spirit of the Place, about a primary care doctor in a small town, won the 2008 National Best Book Award in General Fiction and Literature from USA Book News, and the Independent Publishers National Book Award in Literary Fiction in 2009.

Each year the graduating class presents an Appreciation Award to recognize an individual or organization for significant contributions to the medical school. The class of 2011 will honor Premier Health Partners.

Premier has been an integral partner with the Boonshoft School of Medicine in providing medical education and medical care for the community. As the largest corporate donor to Wright State University, Premier’s generous support has created the Premier Health Partners & Wright State University Neuroscience Institute and the Department of Geriatrics, which provides expert care to the community’s growing elder population. The medical school’s unique partnership with Premier’s largest hospital, Miami Valley Hospital, has made possible the area’s only Level 1 Trauma Center and the Regional Burn Center, which provide critical care to the region’s residents.