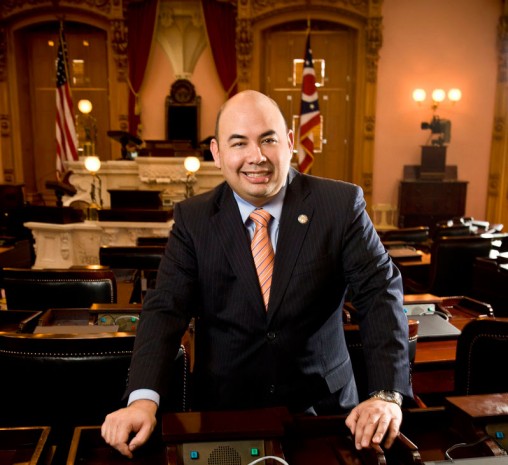 Wright State’s College of Liberal Arts received funding for internship scholarships with help from Cliff Rosenberger, a 2012 Wright State graduate and speaker of the Ohio House.

Wright State’s College of Liberal Arts has received a $75,000 boost for internship scholarships thanks to help from the speaker of the Ohio House of Representatives.

Cliff Rosenberger, a 2012 Wright State graduate, Ohio’s 102nd speaker and representative of the 91st District, served on the legislative group that added the funds to the state budget.

“Ensuring that students have hands-on experiences in their career field of choice is imperative to a quality education,” Rosenberger said. “These funds would give Wright State students the opportunity to learn more about the workforce and to grow as students. As someone who took advantage of an internship opportunity as a student, I understand their importance and applaud any efforts to increase these kinds of opportunities for Ohio students.”

Rosenberger received a bachelor’s degree in urban affairs at Wright State, participated in the university’s Model UN program and had an internship at the White House.

He approached Donna Schlagheck, chair and political science professor who has helped lead the Model UN program, about how the state could support internships.

“We are fortunate to have a speaker so personally experienced with the challenges college students face and how critical workforce development is,” said Schlagheck.

Workforce development is a key focus for Rosenberger, whose political career has taken off like a rocket.

He worked at the White House as a political coordinator for President George W. Bush, directed political events for the Romney presidential campaign and worked as special assistant to U.S. Interior Secretary Dirk Kempthorne before being elected as an Ohio state representative. 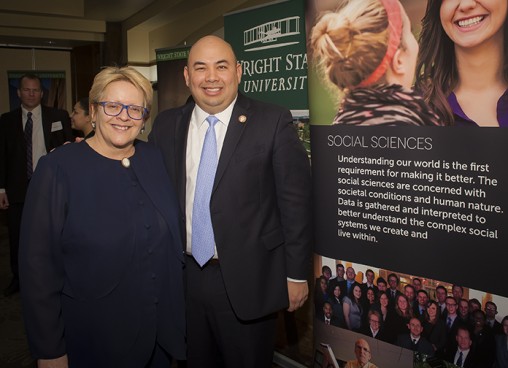 Within the College of Liberal Arts, each social science department — Social Work, Sociology and Anthropology, Political Science, Urban Affairs and Geography and Communication — was equally awarded $15,000. These funds were allocated to support undergraduate students from these social science fields with a 2.85 GPA minimum who were participating in an internship from summer 2014 through spring 2015. A total of 51 students received internships.

Financial funding is making a noticeable difference for both the college and students.

“Just getting financial support … makes a huge difference and enables our students to incorporate internship experience in their portfolio and network and generally improve their professional prospects,” said Schlagheck.

After finding out she had received a scholarship anthropology major Kamren McNeal said, “I felt grateful for it because this past year was difficult for me.”

“The internship was helpful and it helped me get the job that I have now. … I didn’t expect to learn as much as I did at my internship,” McNeal said. The scholarship “helped me pay for my books directly. It makes me feel like things are fine. The scholarship is like a recognition.”

Kaylee Morris, a senior and social work major, had to complete 420 hours for her internship and take a full course load. She quit her part-time job to stretch the scholarship throughout her senior year.

“I would have been stressed beyond belief if it were not for that scholarship,” she said.

“Cliff and I have stayed in touch, and I think he is a great role model for Generation X and Millennials who are interested in public service,” Schlagheck said.

She said she is glad that the college “is in sync with the speaker’s thinking and his opportunity to make this investment in Ohio students.”