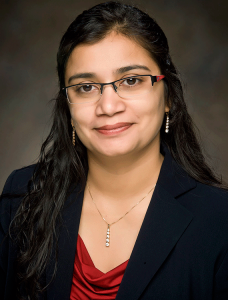 Research by a multidisciplinary team of researchers and surgeons from the Department of Surgery at Wright State University’s Boonshoft School of Medicine has found that trauma victims are sometimes transferred unnecessarily from one hospital to another. Their research has led to another grant from the Ohio Department of Public Safety (ODPS).

The team’s initial findings were part of study funded through a $56,126 grant from the ODPS, which awarded the grant in July 2014.

Led by Priti Parikh, Ph.D., assistant professor and director of research in the Department of Surgery, the multidisciplinary team focused on improving patient triage by emergency medical services at roadside accidents. The team studied how errors affect the efficiency of the trauma system.

A trauma system is an organized, coordinated effort in a specific region that is designed to provide immediate care for severely injured patients. Usually located in a hospital, a trauma center has specialized surgeons, specialists, anesthesiologists, nurses, resuscitation and life support equipment and operating rooms available at all times. There are five levels of trauma centers, with Level I being the highest, providing total care for trauma injuries.

While efficiently matching patients’ needs to hospitals’ resources and capabilities is vital to improving the trauma system, the research team found that a lot of people are transferred unnecessarily from one hospital to another.

“The data was very intriguing,” Parikh said. “So we decided to dig deeper to identify reasons for inter-facility transfers.”

This finding led to the ODPS awarding a $75,790 grant to Parikh and her team in July 2015. The multidisciplinary team includes Melissa Whitmill, M.D., Randy Woods, M.D., and Kimberly Hendershot, M.D., in the Department of Surgery, and Pratik Parikh, Ph.D., in the College of Engineering and Computer Science.

With the 2015 grant, the team will study and determine the rate of inter-facility transfers along with secondary over-triage, which occurs when patients are transferred to a Level I trauma center for non-medical reasons and are discharged shortly after admission.

“This practice can overwhelm medical resources and delay recommended treatment,” Priti Parikh said. “It can be costly and inconvenient for patients.”

In Ohio, patient-transfers between hospitals have increased because of regionalization, specialization and facility designation. The emergence of specialty systems, such as cardiac and stroke centers, often determine the ultimate destination of patients rather than proximity of the facility and the patient’s needs.

“The secondary over-triage rates affect the quality and efficiency of trauma care and resource utilization,” Parikh said. “We expect our study’s findings to support Ohio’s efforts to improve access to care and trauma system efficiency, while alleviating unnecessary costs.”