Sultans of Swing will examine links between baseball, jazz and fiction

Wright State University will launch a series of lectures, a conference and gala that’s sure to appeal to fans of baseball, jazz and literature.

The Sultans of Swing: 100 Years of Baseball, Jazz and Short Fiction begins with a lecture on “Sports and the Absent History of the Harlem Renaissance” on Friday, Jan. 29, followed by a panel discussion on “Leagues of Their Own: Women and African-Americans in Baseball History” on Wednesday, Feb. 10. Both programs are free and open to the public.

The series also includes a conference on April 14-15 and in October a flapper ball, featuring music, dancing and literary readings from the early 20th century.

“The goal of the series is to look for synergies and links between baseball, jazz, and short fiction. These American art forms were in different stages of social acceptance in the early 20th century, which was a time of significant changes in American culture,” said Scott D. Peterson, assistant professor in the Department of Communication.

Peterson and Sharon Lynette Jones, professor in the Department of English Language and Literatures, organized the Sultans of Swing.

The series commemorates the 100th anniversary of the publication of Ring Lardner’s “You Know Me Al,” recognized as the first literary baseball fiction. It is sponsored by Wright State’s Ohio Center of Excellence in Collaborative Education, Leadership and Innovation in the Arts (CELIA). 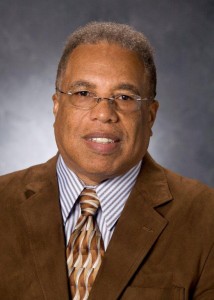 R. Baxter Miller is professor of English at the University of Georgia.

The Sultans of Swing begins with a lecture “Sports and the Absent History of the Harlem Renaissance” by R. Baxter Miller, professor of English at the University of Georgia, on Jan. 29 from 1:25 to 2:20 p.m. in the Millett Hall Atrium.

The series continues on Feb. 10 with “Leagues of Their Own: Women and African-Americans in Baseball History” from 1:25 to 2:20 p.m. in the Millett Hall Atrium.

Michael Carter, an expert in the histories of Negro Leagues and Dayton baseball, will present “Remembering Negro Leagues Baseball’s Place in History.” Leslie Heaphy, associate professor of history at Kent State University at Stark, will present “Unraveling Some of the Mystery of Baseball’s Past.” The Wright State Special Collections and Archives will display an early baseball exhibit, curated by Dawne Dewey, on site at the event from 1 to 3 p.m.

R. Baxter Miller is one of the nation’s most prominent experts on African-American literature. Much of his scholarship has focused on the Harlem Renaissance poet Langston Hughes. He is credited with remapping the historical renaissances in American literature by demonstrating that the Harlem or New Negro Renaissance of the 1920s and the New Chicago Renaissance of the 1930s to 1970s were part of three complementary historical streams within a broader movement.

His 1989 book, “The Art and Imagination of Langston Hughes,” which won the American Book Award, is considered the first scholarly work to address fully the literary complexity and significance of Hughes’ writing.

He also received the Langston Hughes Prize as “scholar, editor and steward of the tradition,” the Ford-Turpin Award for distinguished scholarship in African-American culture and the Albert Christ Janer Award for distinguished contributions to the arts and humanities. He has written or edited 10 books and nearly a hundred essays, articles and reviews on African-American literature and aesthetics.

Miller also serves as interim director of the Center for Social Justice, Human and Civil Rights and as professor in the Institute for African American Studies at the University of Georgia. He received his Ph.D. from Brown University. 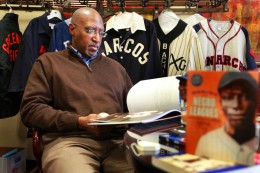 Michael Carter, an expert in the histories of Negro Leagues and Dayton baseball, is senior adviser to the president at Sinclair Community College.

Michael Carter is an expert in Negro Leagues and Dayton baseball history and is a collector of Negro League baseball memorabilia.

Since 2014, he has served as senior adviser to the president at Sinclair Community College. Previously, he served as Sinclair’s first superintendent of the Division of School and Community Partnerships. He has had responsibility for developing and maintaining strong relationships for Sinclair with its K-12 and community partners. Over his 13-year career at Sinclair, Carter served as senior vice president, senior director of high school linkages and director of the Fast Forward Center, a nationally recognized model in dropout recovery

A former public school teacher, administrator and coach, Carter has over 30 years of experience working with youth. He holds a B.A. from Wittenberg University and an M.S. in education from Wright State University. 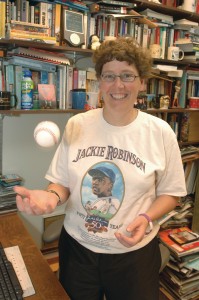 Leslie Heaphy is associate professor of history and honors program coordinator at Kent State University at Stark. She serves on the board of directors for the Society of American Baseball Research, as editor for the national peer reviewed journal Black Ball and on the planning committee for the annual Jerry Malloy Negro League Baseball Conference. She has written or edited four books and numerous articles on black baseball and women’s baseball.