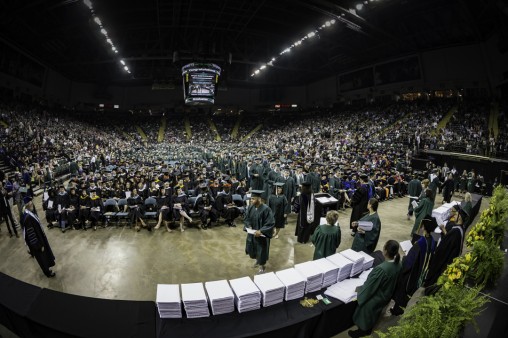 Wright State University President David R. Hopkins encouraged graduates to “serve others first, discover who you really are and find your true calling in life” during the university’s 83rd commencement ceremony April 30.

“You will always accomplish more when you put the needs of others first,” Hopkins said.

Before a packed Wright State Nutter Center audience, Hopkins told the graduating class of 2,045 students that commencement is just the tip of the iceberg of their lives as they begin the next great adventure in their lives.

“When I look out into this arena at today’s graduating class, I am so proud. I am so proud at each of you and what you have accomplished. It fills my heart with joy knowing that the best is yet to come,” he said.

Hopkins told graduates he has great hope that they will be the next generation of inspiring teachers, scientists, engineers, nurses and journalists.

He said his greatest hope is that they will use their gifts to serve others. “If you serve others before yourself, there is no limit to what you can do,” he said.

Hopkins also recapped the 2015-2016 academic year, which he called a “banner year in the history of Wright State University.”

The year included the announcement that Wright State will host the first presidential debate, on Sept. 26; senior Emily Bingham’s success on the “Jeopardy! College Championship”; the campus visit by Tom Hanks to dedicate the Tom Hanks Center for Motion Pictures; and author David McCullough teaching a master class on the Wright brothers.

Hopkins also praised Adrian McLemore and five other graduates in the Independent Scholars Network, a program for Wright State students who have been impacted by foster care.

“Like many of you,” Hopkins said, “Adrian knows and understands that the world is so much bigger than any one of us.” 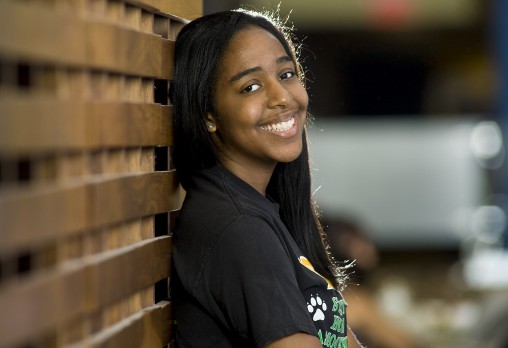 It’s been three months since she appear on “Jeopardy! College Championship” and thrilled the Wright State community, but Emily Bingham still gets recognized on and off campus. 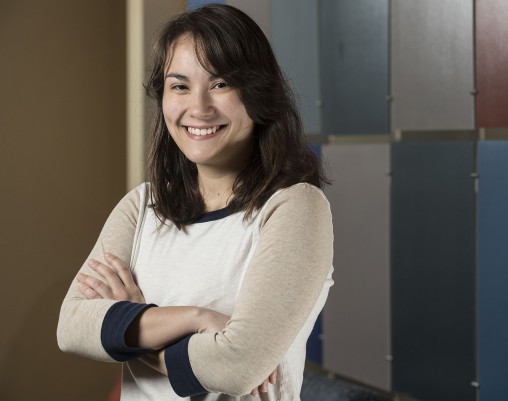 Stephanie Lake, a duel physics and math major, decided to study physics because outer space has scared and fascinated her when she was young. “It made me feel really small and I didn’t understand it when I was a kid,” she said. 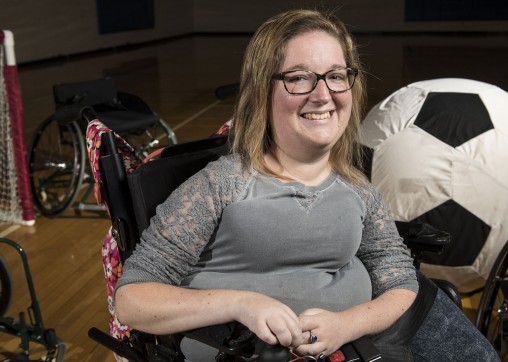 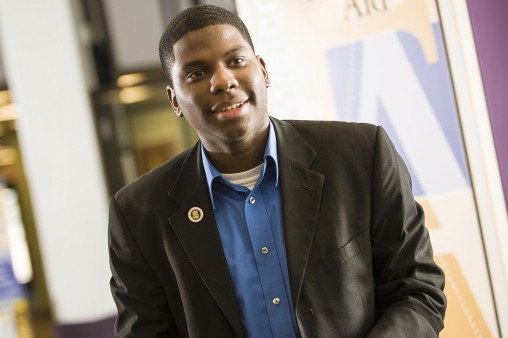