Wright State honored for its work on disability access and inclusion 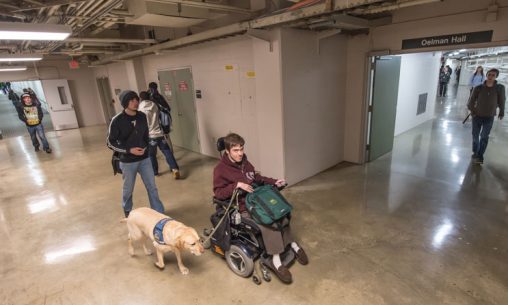 Wright State’s tunnel system helps make campus one of the most accessible in the nation.

Wright State University was honored by a national equal opportunity organization for its efforts to make campus accessible and inclusive to all.

Matt Boaz, director of equity and inclusion, and Tom Webb, director of disability services, accepted the award during the association’s annual conference in Washington, D.C., on June 9 on Capitol Hill.

Webb and Boaz said they were honored to receive the community service award on behalf of Wright State’s disability services. 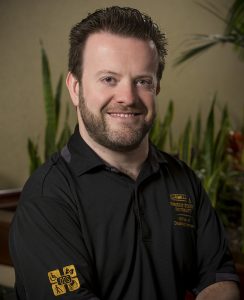 “To be among the ranks of such advocates of change, diversity and inclusion as Rep. Shelia Jackson Lee and Rep. James Clyburn is truly an honor. It’s a privilege to have our hard work noticed and validated through such a progressive organization that is steeped in social justice and civil rights,” Webb said.

“It is an honor and pleasure to receive this award for working closely with Tom, his staff and my staff to continue a rich tradition of providing access and equity for all who are, or may become, part of the Wright State University community,” Boaz said.

The American Association for Access, Equity and Diversity called Wright State a “national leader of services for students with disabilities” and “one of the top five disability-friendly universities” in the United States.

It highlighted the university’s tunnel system, which helps make nearly every building on the Dayton Campus’ academic section accessible to everyone. The association also praised Wright State for converting textbooks into alternate formats for students with disabilities, coordinating in-house personal assistance services for students, and for supporting the Ohio STEM Ability Alliance program, the Wingerd Service Dog Park and 4 Paws WSU, a student organization that helps train service dogs to assist children and veterans with disabilities.

Founded in 1974, the American Association for Access, Equity and Diversity is a national nonprofit association of professionals working in the areas of affirmative action, equal opportunity and diversity.