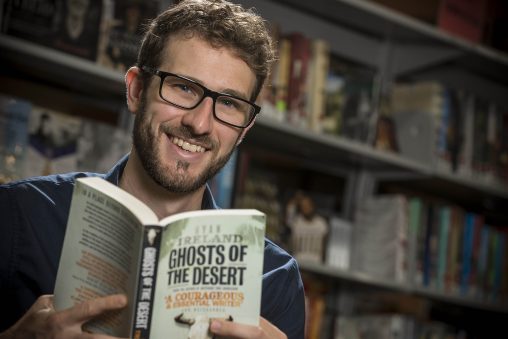 Wright State graduate Ryan Ireland’s latest novel, “Ghosts of the Desert,” is based on real-life events highlighting Stockholm syndrome, institutionalized power and the fading history of the American West. (Photos by Chris Snyder)

“To escape his troubled past, Norman heads to the Utah desert to lose himself in work. Having just received a research grant, he plans to study the ghost towns and now-obsolete mines littering the inhospitable landscape. But when he comes across a desert-dwelling group of outcasts and is taken captive by their charismatic yet ever-watchful leader, he is introduced to an alternate way of life that both repulses and attracts him. … Norman must decide whether to take his chances and run, or yield, and risk becoming one of those around him.”

Wright State graduate Ryan Ireland’s latest novel, “Ghosts of the Desert,” is based on real-life events highlighting Stockholm syndrome, institutionalized power and the fading history of the American West.

Ireland grew up traveling out West and continues to have a fascination for it and ghost towns.

“The West is a place I can keep coming back and come mining for ideas,” he said. “We have a tendency to store things over in the West that we want to forget about. It’s kind of one of those things when you start looking at history there are things that we keep shoving across the Mississippi River as a way to forget or to marginalize them.”

America has a way of burying its darkest historical secrets in the graves, ruins, carcasses and layers of rock, quiet witnesses of Western history blown away with time, unnoticed by the rest of us, Ireland said. He finds that the country’s mysterious past in the West seems to intertwine with his life through dramatic experiences. 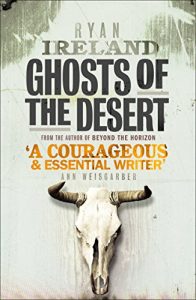 “I’m fascinated with the way memory operates, and I look at the West as being this place as a slippery place for our cultural memory,” Ireland said. “We don’t really have history for the West as much as we do in myths and legends. When you go into the West, we have figures like Billy the Kid, more mythical type of characters, depending on the period in history, they change. Calamity Jane changes depending on when she’s written about.”

Ireland earned his bachelor’s and master’s degrees in English at Wright State. He also received his doctorate in English from Miami University. He currently works as a publicity and marketing coordinator at the Xenia Community Library.

He wrote “Ghosts of the Desert” while in graduate school at Miami University and wrote his first novel, “Beyond the Horizon,” as a student at Wright State.

Ireland said the West has a pattern of burying American history, including the treatment of Native Americans, Japanese internment camps during World War II and plans to store nuclear waste at Yucca Mountain.

His older brother had undergone brain surgery at 21 years old. However, a procedure went wrong forever affecting his memory, and to this day, believes he is still 21 years old. Ireland has studied the field of memory after his brother’s tragedy.

Ireland describes “Ghosts of the Desert” as a sympathetic story with no real heroes. The main character, Norman, is a reflection of Ireland’s worldview.

“If there’s any part of me in there (the book), it’s all of my worst fears appearing on paper,” he said. 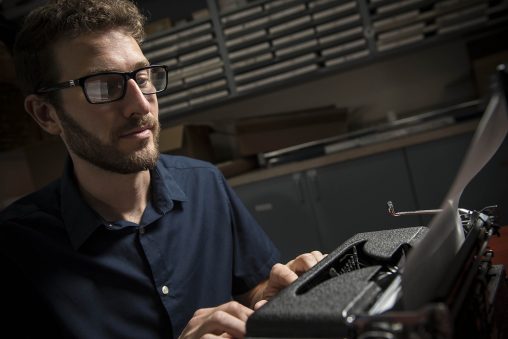 Ryan Ireland is currently writing a memoir about his life during his early 20s when his brother suffered a traumatic brain injury.

“Norman, as we find in his back story, really couldn’t go back to regular society, or what he perceives as regular society, if he wanted to. He eventually develops Stockholm Syndrome, which makes it difficult for him to walk away from the situation,” Ireland said.

Ireland never thought he would publish his stories, which include dark events, such as in his first book, “Beyond the Horizon.” “Ghosts of the Desert” is darker, with perverse and horrendous crimes, which made him think twice about writing it. But with the encouragement of his wife, he realized the actions leading up to the crimes committed in the novel were natural for the characters, despite how dark they may be.

“This was my attitude all the way through writing ‘Beyond the Horizon’ — ‘no one is going to read it, it’s never going to get published,’” he said.

The writing and publication process took a long time for Ireland. It took 10 months between submitting a query letter to signing with an agent, an additional year to find a publisher, followed by another year for publication. His publisher doubted his plot chapter by chapter yet Ireland surprised her each chapter of the way.

While at Wright State, Ireland said that he learned a lot. “Wright State has a solid creative writing program,” he said.

He said faculty members who helped him improve his writing, included Byron Crews, Scott Geisel, Erin Flanagan and Gary Pacernick, some of whom he stays in contact with.

Ireland is currently writing a memoir about his life during his early 20s when his brother suffered a traumatic brain injury.

More information about Ireland, his novels and signing events is available at ryangireland.com.