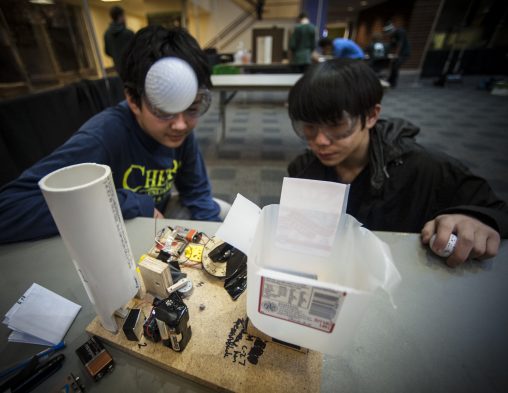 Middle and high school students will compete in the Science Olympiad Invitational Tournament at Wright State on Jan. 28.

Wright State will host another Science Olympiad Invitational Tournament for middle school and high school students competing at the highest level for achievement in science, technology, engineering and math-related projects.

From astronomy to hovercraft technology to diseases, students will compete in the tournament on Saturday, Jan. 28. The competition runs from 7 a.m. to 3:30 p.m. in various buildings around the Dayton Campus.

Students will compete in projects that incorporate applied topics, teamwork and interdisciplinary approaches to problem solving.

“They work tirelessly over the entire school year to perfect their skills, machines and knowledge to win the invitational so that they may be invited to the annual national tournament,” said Fran Keeley, director of ceremonies at Wright State. 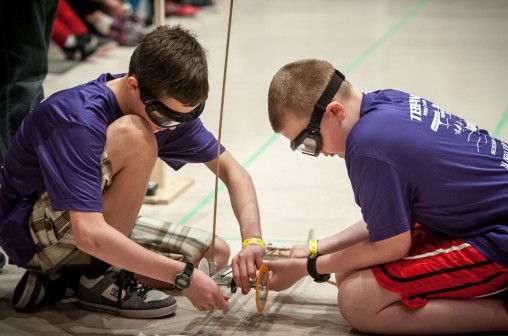 The Science Olympiad features hands-on activities in which students must complete a complex task and events testing competitors on their knowledge of certain scientific topics.

“Many of these students are competing in Science Olympiad to further their opportunities in STEM and engineering fields,” said Keeley. “Competing at this level gives them exposure to the universities and companies that they need to succeed.”

Qualified students will further compete in the Science Olympiad National Tournament on May 19 and May 20 on Wright State’s Dayton Campus. The national competition will bring to campus thousands of student participants, coaches and parents from all 50 states.

More information about Science Olympiad Invitational, including the competition schedule, is available at wright.edu/event/science-olympiad-invitational.