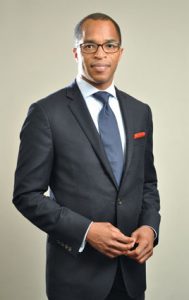 Capehart is a member of The Washington Post editorial board and writes about politics and social issues for the PostPartisan blog. He also hosts the “Cape Up” podcast.

During his lecture Capehart will discuss how citizens can follow politics and the news during the Trump presidency.

“With all that’s happening in the country, particularly the charges of ‘fake news,’ it is more important than ever that we all remain vigilant and informed. The question for a lot of people is how,’ he said.

In response to President Trump calling the media “enemy of the people” Capehart said, “the press must keep doing what it’s doing: holding him accountable and demanding answers. If he starts jailing reporters we’ll have bigger problems than his enmity for the press.”

Capehart is an MSNBC contributor, appearing regularly on “Hardball” and “Morning Joe,” and has served as a substitute anchor on “UP,” “Hardball,” “Way Too Early” and other MSNBC programs. He has also been a member of the reporters’ roundtable on the ABC News program “This Week with George Stephanopoulos.”

Capehart was deputy editorial page editor of the New York Daily News from 2002 to 2004 and served on that paper’s editorial board from 1993 to 2000. He and the editorial board received the Pulitzer Prize for Editorial Writing in 1999 for a 16-month editorial campaign to save the famed Apollo Theatre in Harlem.

He left the New York Daily News in 2000 to become the national affairs columnist at Bloomberg News. He took a leave from that position in 2001 to serve as a policy adviser to Michael Bloomberg in his first successful campaign for New York City mayor.

In 2014, the Advocate magazine ranked Capehart ninth among its 50 most influential LGBT people in media. That same year, Mediaite named him one of the Top 9 Rising Stars of Cable News.