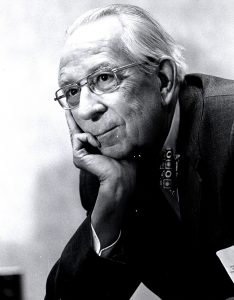 Have you ever wondered what White Hall was named after? Well, if you’ve been around Wright State University long enough, you may remember when the building was named the Fred White Ambulatory Care Center. And if you’ve been around even longer, you may remember Fred White himself, the man everyone knew as part of the heart and soul of Wright State from its earliest beginnings.

Fred was a long time administrator at General Motors with a great interest in higher education, and as efforts to build a new state university in Dayton unfolded, he wanted to be a part of it. He stopped in at the Dayton Campus office in downtown Dayton to offer his services and was soon appointed business manager for the project. White served as the business manager of the Dayton Campus from September 1962 through July 1965, when he was formally designated as business manager, Wright State Campus, which became Wright State University in October 1967. 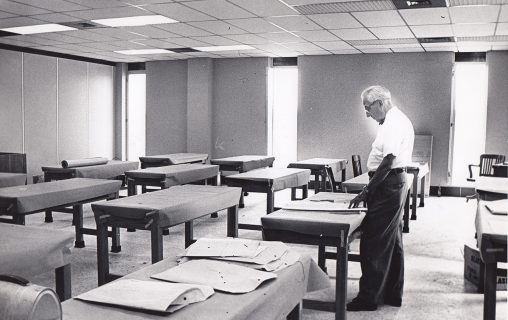 A skilled manager known for his creativity and flexibility, White worked out of the farmhouse of former property owner George Warner, later known as Warner House, where he helped plan nearly every aspect of the development of the Wright State campus, including land acquisitions, negotiating with base officials, working with local government, managing zoning, land use and bond issues, legislative lobbying for appropriations and the design and construction of the campus. In 1967, White was named vice president and treasurer of the university, and in 1972 he was appointed interim president of the university until the appointment of Robert Kegerreis, the university’s second president, in July 1973.

Well known for his kindness and easy demeanor, Fred White was a true architect for Wright State future and a most distinguished member of the university’s past. 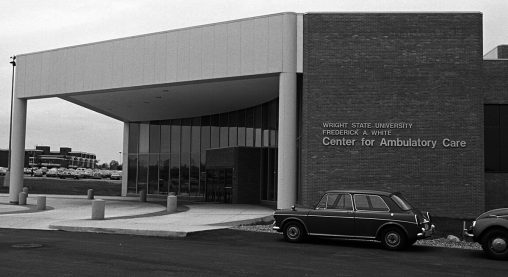