Boonshoft School of Medicine approved for a $25,000 funding award by the Patient-Centered Outcomes Research Institute 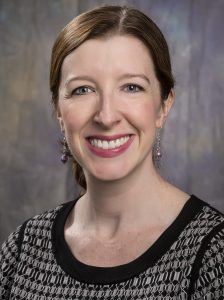 Kate Conway is assistant professor and director of medical education in the Department of Family Medicine at the Boonshoft School of Medicine.

A team of researchers led by the Wright State University Boonshoft School of Medicine Department of Family Medicine has been approved for a $25,000 funding award by the Patient-Centered Outcomes Research Institute (PCORI) to support a project focused on better understanding the health needs of Ohio’s refugee population.

Kate Conway, M.D., assistant professor of family medicine and director of medical education in the Department of Family Medicine at the Boonshoft School of Medicine, is the leader of the project, “Refugee Centered Medical Home – PCMH Working Better for Our Newest Neighbors.”

Conway and her team will use the funds provided through PCORI’s Pipeline to Proposal Awards program to build a partnership of individuals and groups who share a desire to advance patient-centered outcomes research focused on the health of Ohio’s refugee population.

Pipeline to Proposal Awards enable individuals and groups not typically involved in clinical research to develop community-led funding proposals focused on patient-centered comparative effectiveness research. Established by the nonprofit PCORI, the program funds help individuals or groups build community partnerships, develop research capacity and hone a comparative effectiveness research question that could become the basis of a research funding proposal to submit to PCORI or other health research funders.

Refugees come to the United States for resettlement and begin their new life away from conflict. Ohio has systems in place to help them integrate and succeed in their new jobs, homes and schools.

“Health care is an obvious critical need for new arrivals, but too often they become part of a growing health disparity in our country,” Conway said. “There is confusion on all sides — the health care providers, the refugee patient and the insurance companies. This confusion sustains an ineffective model of care that costs more and works less.”

In the tier I phase of the project, the team gathered together for the purpose of bringing patient-centeredness to the health needs of refugee patients. By the end of tier I, the team was able to recruit refugee patient representatives to the group. 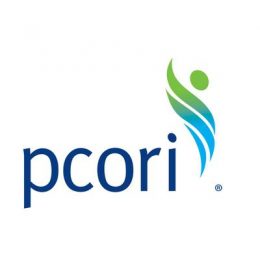 The team will bring this list of ideas to refugee patient representatives to gain insight into the direction appropriate for further development. Based on the topics designated as high priority, the team will continue to reach out to stakeholders in the community needed to help facilitate momentum for future research.

More information about the project is available on the PCORI website.

“The Pipeline to Proposal Awards program is a manifestation of PCORI’s commitment to the meaningful involvement of patients, caregivers, clinicians and other stakeholders in all our research endeavors,” said Jean Slutsky, PCORI’s chief engagement and dissemination officer. “It provides support to those who may not otherwise have an opportunity to contribute to the field of comparative effectiveness research. We’re pleased to follow the awardees’ progress as they develop partnerships and begin to form research questions.”

PCORI is an independent, nonprofit organization authorized by Congress in 2010 to fund comparative effectiveness research that will provide patients, their caregivers and clinicians with the evidence needed to make better-informed health and health care decisions. PCORI is committed to seeking input from a broad range of stakeholders to guide its work.