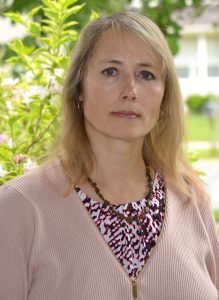 A team of researchers led by the Wright State University Boonshoft School of Medicine found that more than 90 percent of unintentional overdose deaths in 24 Ohio counties in January and February 2017 involved fentanyl and fentanyl analogs, while heroin was identified in only about 6 percent of cases.

Evidence from the study indicates the increasing and substantial role of illicitly manufactured fentanyl and the declining presence of heroin and pharmaceutical opioids in overdose fatalities. The study also found that fentanyl is commonly appearing in combination with other analogs.

The study was published in the Sept. 1 issue of Morbidity and Mortality Weekly Report, a weekly journal of the Centers for Disease Control and Prevention. The journal highlights public health investigation and provides reports and recommendations derived from science-based research. To view the report, go to http://bit.ly/2xAFdcr. The study begins on page 904.

“Fentanyl is commonly appearing in combination with other analogs, compounds with a molecular structure similar to fentanyl,” Daniulaityte said. “The effects of these drugs are more unpredictable and dangerous. Fentanyl and fentanyl analogs are key contributors to the unintentional drug-related overdose deaths in 24 Ohio counties.”

Pharmaceutical fentanyl is a powerful synthetic opioid pain reliever. While similar to morphine, it is 50 to 100 times more powerful and is used to treat patients with severe pain. The effects include euphoria, drowsiness, nausea, confusion, constipation, sedation, tolerance, addiction, respiratory depression and arrest, unconsciousness, coma and death, according to the National Institute on Drug Abuse.

“The findings of our study highlight the urgent need to include testing for fentanyl and fentanyl analogs as a part of standard toxicology panels for biological specimens used by substance abuse treatment centers, criminal justice institutions and medical providers,” Daniulaityte said. “Communities also need to assure that sufficient supplies of naloxone doses are provided to first responders and distributed through community overdose prevention programs to mitigate the effects of opioid overdoses.”

Through the NIH study, a liquid-chromatography-tandem mass spectrometry based method was developed and validated by toxicologists at the Montgomery County Coroner’s Office Toxicology Laboratory and the Department of Chemistry at Wright State. The new method tested for 25 fentanyl analogs, metabolites and synthetic opioids. Toxicological testing for other drugs, including heroin, pharmaceutical opioids, benzodiazepines, cocaine, methamphetamine, marijuana and alcohol, also was performed.

In the study, males accounted for 181 of the unintentional overdose deaths. More than half of the deaths occurred in people ages 25 through 44. Only 6 percent of decedents tested positive for heroin. The percentage of heroin positive cases was greater in Appalachian counties. Among the 16 heroin-positive cases, 12 also tested positive for illicitly manufactured fentanyl. Twenty-one people who died, including 11 in Montgomery County, tested positive for carfentanil, a highly toxic IMF compound, which is about 10,000 times more potent than morphine. Carfentanil is used in veterinary medicine for large animals.