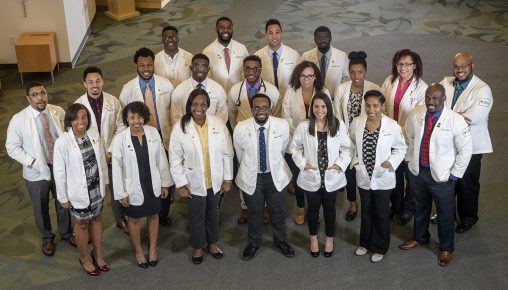 The Boonshoft School of Medicine chapter of the Student National Medical Association.

Each year, Region V, which includes Ohio, Indiana and Michigan, holds its Regional Leadership Institute at a medical school. This year, the event will be held at Wright State.

“We will assemble the current leadership of the region to conduct SNMA business while educating and empowering future leaders through workshops,” said Jasmine Holmes, a second-year medical student at the Boonshoft School of Medicine and president of the school’s SNMA chapter. “This is a networking event that will develop leadership not only within the Boonshoft School of Medicine SNMA chapter but also in other medical schools and among premedical undergraduate students.”