For six hours on March 24, Wright State’s Creative Arts Center was transformed into a display of every type of art, from movies and music to acting and dancing.

The 19th annual ArtsGala drew hundreds of people from all walks of life, including students, faculty and community members, to enjoy the arts and raise scholarship funds for fine and performing arts students.

This year’s ArtsGala opened with a Wind Symphony concert with a standing-room-only crowd. Before the performance, Linda Caron, dean of the College of Liberal Arts, and Wright State President Cheryl B. Schrader spoke about the importance of the arts not only at Wright State but also in the community.

“There’s truly no other event like ArtsGala. It’s the premiere arts event in Dayton because you have that opportunity to tailor your experience to whatever you enjoy. Whether it’s a musical experience, theatre, dance, art, we have the chance to experience everything at one time,” Schrader said.

The Creative Arts Center was transformed into a display of every type of art, from movies and music to acting and singing for ArtsGala. (Video by Kris Sproles / photos by Erin Pence)

Throughout the evening, student performances included a dance performance, a short excerpt from “The Mystery of Edwin Drood,” a student film festival and other performances such as Japanese opera and music from musicals that have been turned into movies.

ArtsGala is a way for students who receive ArtsGala scholarships to say thank you to donors as well as display their craft. In the 19 years Wright State has hosted the gala, it has raised over $2.5 million in scholarships for students.

Mark Antony Howard, a freshman musical theatre major and recipient of an ArtsGala scholarship, said he is very thankful for the support.

In the Stein Galleries, students displayed their photography and paintings. Patrons could also visit the galleries to participate in a silent auction featuring gift baskets in a variety of categories, such as food and drinks or entertainment. The money raised from the auction goes directly toward student scholarships.

Brandon Sapp, a senior music major, said ArtsGala and his scholarship are an important part of his life.

“ArtsGala has always been a very impactful event for me. Being able to showcase my talents to an audience that has come just to see and celebrate you, that’s really encouraging,” he said. 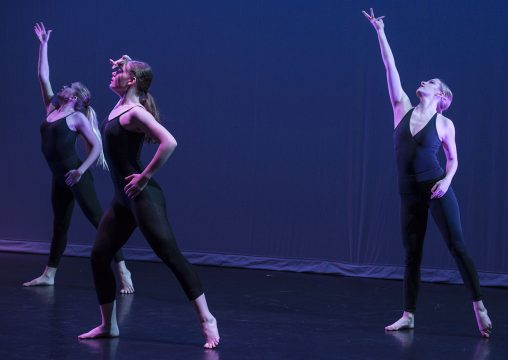