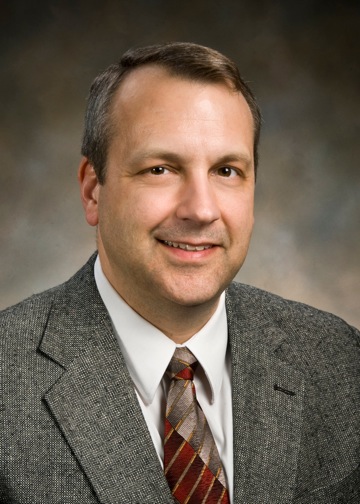 But what happens when the software in self-driving cars, drones and other vehicles have errors or get hacked? What happens when errors or disturbances cause a GPS outage? How can we have confidence these vehicles will operate correctly and safely any time?

A team of Ohio researchers funded in part by the Ohio Federal Research Network (OFRN) is working with the Air Force Research Laboratory (AFRL) to make sure these systems operate correctly no matter what happens.

The Test and Evaluation of Autonomous Systems (TEAS) project team is developing a test, evaluation, verification and validation process to ensure the safety and cyber security of autonomous systems. The project also looks at how to best implement and demonstrate a vision-based navigation system that enables an unmanned aircraft system to navigate if it loses its GPS signal.

David Gross, chief engineer at the Wright State Research Institute, leads the team developing software that will test and evaluate autonomous systems to ensure self-determining devices operate as reliably as possible. The demand for this software comes from the increase in technology relying upon autonomous operation.

“We think TEAS can raise confidence in the way UAVs and self-driving cars are designed,” Gross said. “It will also create confidence that these devices have a backup and are not going to be hacked, which is a key hurdle in the security concerns for autonomous devices.”

The team of experts from various OFRN universities, the Air Force Research Laboratory and businesses say the integrity of autonomous systems will need substantial and increasing amounts of verification, and TEAS provides a solution.

“We are seeing incredible groups focused on autonomy research, from self-driving cars to drone package delivery, and yet each one has the same underlying safety and security concerns — how do we test these systems so developers can guarantee that the autonomy algorithms perform the mission as designed without any adverse side effects or vulnerabilities to cyber threats? That is what TEAS is about,” said Trent Skidmore, senior research engineer at Ohio University and a partner in the project.

The cyber program proved that “it is possible to create software in a manner that rules out a wide range of critical safety, security and privacy issues in autonomous systems,” said Adam Foltzer, senior research engineer at Galois. “The confidence in the systems that are being built comes from our ability to use mathematical techniques to gain a unique level of certainty that traditional software practices cannot provide.”

With the testing phase underway, the team has completed some preliminary flight tests with the new architecture. Another test is scheduled for the summer.

Gross says OFRN is working. “We are seeing incredible groups of researchers from across Ohio coming together with our federal partners to leverage research assets, and that just wasn’t the case before,” he said.

“This project is a great example. While it is housed at the Communications, Cyber, Positioning, Navigation and Timing Center of Excellence at Ohio University, our lead researcher is at Wright State University. That type of collaboration is what will drive our success in this area,” Skidmore added.

“Prior to OFRN, no one was teaming up in this way. Now we are seeing this collaboration trickle down to the students, with students from different universities working together on these projects,” said Maarten Uijt de Haag, the Cheng Professor of Electrical Engineering and Computer Science at Ohio University and a principal investigator with the avionics engineering center.

Derek Kingston, senior research engineer at the Air Force Research Laboratory, said: “Autonomous vehicles are key to future Air Force missions. To continue to drive creativity and innovation and do it rapidly, we have to work collectively. OFRN was created as a pathway for academia, industry and government researchers to work together in an open, collaborative manner, and from our view, it is working incredibly well. We are building more collaborations and it is resulting in new technology and jobs in Ohio.”

With investments in autonomous operations in both the public and private sector increasing rapidly, commercialization of test and evaluation of autonomous systems is endless, and companies are looking at Ohio as a place to locate and bring jobs.

OFRN funded research projects like this are aligned with the strategic research priority areas of the Ohio-based federal labs, and include 11 universities throughout the state and 52 industry partners. To date, OFRN sponsored teams have received nearly $96 million in new research awards, with $350 million more in the pipeline.