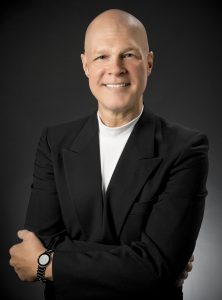 By Linda Caron, dean of the College of Liberal Arts

I am saddened to report that Randall S. Paul, beloved Wright State colleague, friend and mentor, passed away suddenly on Aug. 19, 2018, at the far-too-young age of 62.

Randy was a respected performer, scholar, conductor and educator. He performed as a soloist and conductor at the International Clarinet Association Convention, the Oklahoma Clarinet Symposium, The International Flute Association Convention and the World Saxophone Congress. His performances took him as far as the Virgin Islands, Canada, Korea, China and Japan. He performed solo recitals throughout the United States at prestigious venues including the High Museum of Art in Atlanta, the Tampa Bay Performing Arts Center, the Lincoln Center Bruno Walter Auditorium and twice at Carnegie Hall. His debut performance at Carnegie Hall received critical acclaim in The New York Times.

He served as guest conductor and soloist for the Cincinnati Civic Orchestra, the Miami Valley Junior Winds and guest conducted the Cimarron Circuit Opera Company with members of the Oklahoma City Philharmonic. In 2006-2007, he was the conductor and music director for the Miami Valley Symphony Orchestra. His conducting mentors include Gervase de Peyer (London Symphony), Robert Shaw (Atlanta Symphony) and David Dworkin (NYC Metropolitan Opera). His education included study at Jacksonville State University, Ithaca College, the College-Conservatory of Music in Cincinnati and The University of Oklahoma, where he completed his doctorate in clarinet performance.

Paul began at Wright State as a faculty associate in 1983 and rose through the ranks to become a full professor in 2015 and chair of the School of Music in 2011. His service as chair was marked by many notable achievements, including the renovation of the department’s performance venue into the spectacular Schuster Hall, the renovation of the Creative Arts Center, significant enrollment growth in the Music program and leading the department through a successful accreditation process. Under his leadership, the quality of the music program continued to grow. He brought world-class artists to Wright State for performances, master classes, and clinics. His book, “Successful Strategies for Clarinet Reed Making Including a Step-By-Step Process,” remains a classic.

Out of all his significant talents, perhaps Randy’s greatest gift was his perennial optimism. He was always upbeat no matter what challenges he faced, and he was able to transfer that good feeling to anyone he met. He was a genuinely warmhearted and decent man. Randy would always close meetings with the phrase, “You’re awesome.” Randy was the awesome one, and he will be sorely missed.

The College of Liberal Arts has set up a scholarship fund in Randy’s honor: the Randall S. Paul Music Scholarship. Donations can be made through the Wright State Foundation, attention Sara Woodhull, or at wright.edu/give/rpaul.

A celebration of Randy’s life will be held at Schuster Hall in the Wright State Creative Arts Center on Saturday, Sept. 8, with a gathering of friends and family beginning at 1 p.m. and a service at 3 p.m.

The School of Music plans to hold a concert in his honor later in the fall semester.