Alexa, who is Joe Jessup?

Joe Jessup ’98 is paving the way for innovation at Amazon, one Alexa at a time 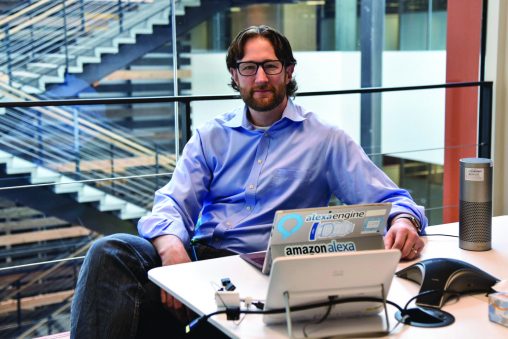 When alumnus Joe Jessup ’98 was first hired at Amazon working for the Alexa engine in 2016, the first thing he asked his Alexa was, unfortunately, pretty boring.