Each year, the Wright State Alumni Association recognizes the work of our outstanding alumni with the Alumni Achievement Awards. Alumni are selected based on outstanding accomplishments in their careers and service to and representation of Wright State. The alumni chosen for these honors in 2019 are no exception — they represent the mission, vision, and values of Wright State and drive the spirit of innovation, diversity, and commitment to serving their community.

Winners were nominated from a pool of more than 110,000 alumni and will be honored at a ceremony on Oct. 4 during Homecoming Weekend.

Alumnus of the Year
Cameron Holsinger ’04 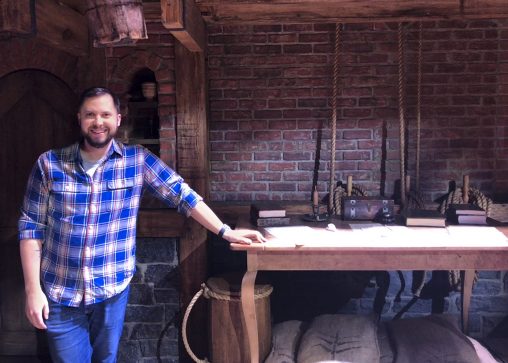 Wright State’s very own connection to the hit Broadway musical “Hamilton” is alumnus Cameron Holsinger ’04. His love of musical theatre began with his mother’s infatuation with old movie musicals and eventually led him to the Theatre Design and Technology program.

After graduating in 2004 with a B.F.A., Holsinger went on to work as a production assistant for the musical “Wicked” and hasn’t slowed down yet. Since then, Holsinger has been the production stage manager for several national musical tours, including “The Addams Family” and “9 to 5.”

Most notably, Holsinger began working as a stage manager for “Hamilton,” first with the Chicago production in 2016, and now with the Broadway production in New York City. “Hamilton” has received 11 Tonys, a Grammy and a Pulitzer Prize for Drama. In addition, Holsinger has continued his deep relationship with Wright State by mentoring current students and providing backstage tours to visiting faculty and alumni.

“To say that the Department of Theatre, Dance and Motion Pictures and I are proud of Cameron would be an understatement,” said Joe Deer, that department’s chair. “He brings great credit to Wright State and demonstrates the qualities and values we prize most highly.” 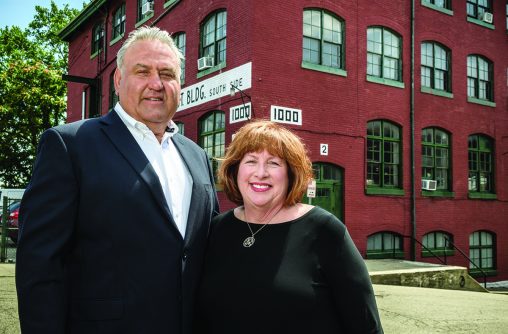 After moving from Chicago to Dayton in 2016, Carol and Richard Lundin dove right into the local art scene. The Lundins manage the Front Street Studio Gallery, a warehouse complex that has become a hub of creativity for Dayton artists. The multiple studios and galleries have attracted many to the makerspace, including numerous Wright State students, who can rent studio space for free.

The Lundins were connected with ArtsGala through one of their artists and since then have supported the Wright State arts community in immeasurable ways. The Lundins personally curated and delivered art for the 2018 and 2019 ArtsGala, which raises money for scholarships via an annual celebration of student performances and visual art. Their promotion of the event led to the donation of 19 art pieces valued at thousands of dollars that were sold at the yearly silent auction.

“[The Lundins are] thrilled to have recent Wright State graduates making and showing their art because participation by the next generation is key to a thriving arts community and a way to keep young artists in Dayton,” said Linda Caron, dean of the College of Liberal Arts. 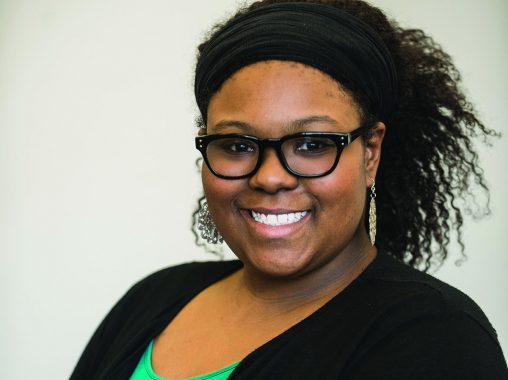 When Christen Johnson was 3 years old, her mother took her to the doctor for an ear infection. Upon being treated by the first black medical professional she can remember seeing, she declared that she wanted to be a doctor when she grew up. Now, after earning her bachelor’s degree at Wright State and graduating from the Boonshoft School of Medicine, Johnson is inspiring others around her to pursue medicine as a profession.

While completing her undergraduate degree, Johnson began mentoring fellow students and became involved with the Student National Medical Association (SNMA). In 2013, she was accepted to the Boonshoft School of Medicine, where she was elected president of SNMA. As president, Johnson established bias training to eliminate health disparities among underserved communities, lobbied at the White House to develop addiction medicine curriculum and conducted a national study on students of color applying to medical school. In 2017, NBC profiled Johnson as one of its “Black 28 under 28.”

“Christen has touched the lives of literally everyone she has encountered,” said Antoinette Leonard-Jean Charles, former director at the SNMA. “She is affectionately known as a shoulder to cry on, a supportive friend, an encouraging mentor, and a gentle educator.” 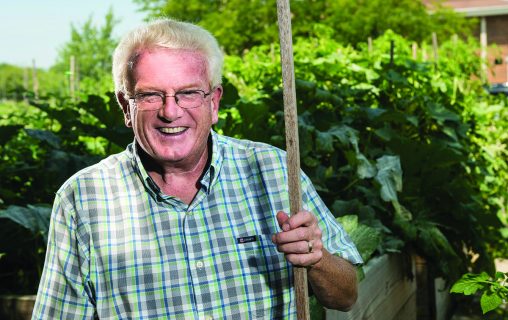 Kip Wright graduated from Lake Campus in 1990 and 2001 with an associate degree and a bachelor’s degree in organizational leadership. Since then, Wright hasn’t stopped looking for ways to give back to Wright State and the rest of his community.

With the experience of 40-plus years as a sheriff, probation officer and investigator, Wright serves as an instructor at the Lake Campus Police Academy and has also served as the president of the Lake Campus Alumni Network since its inception. Additionally, alongside fellow instructor Ron Kremer, Wright established the Lake Campus Community Garden, which has donated thousands of pounds of produce to local food pantries and connected students with the Mercer County community. 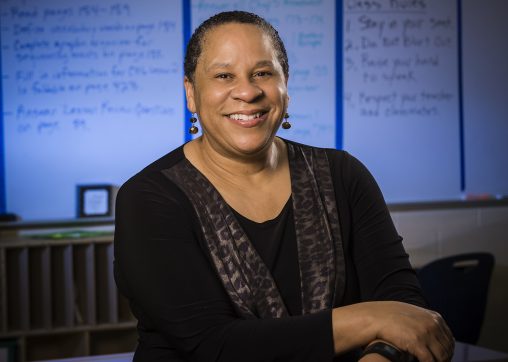 Cynthia Jones graduated in 2005 with a master’s degree in middle childhood education. After serving in the U.S. Air Force for 14 years, Jones came to Wright State to pursue a degree and eventual career that would reflect her appreciation for education, something she passes on to her own children and the students she teaches in the Dayton Public Schools system.

Even after graduating, Jones continues to give back to the Wright State community. She volunteers in the Alumni Zone at almost every home basketball game, serves as the vice president of the African American Alumni Society and is a lifetime member of the Wright State Alumni Association. Additionally, Jones, in her will, has donated her home to the Wright State University Foundation to fund a scholarship that will honor her mother and grandmother. Jones hopes that the donation and scholarship, which will be awarded to African American students or students with a disability, will inspire others to give back in any way they can.

“Cynthia is an exceptional alumni volunteer,” said Greg Scharer, executive director of alumni relations. “She is an amazing individual who cares so deeply about her alma mater that she does everything within her power to help Wright State succeed. Cynthia is such a regular at our events, many alumni don’t realize she’s not part of our staff.”