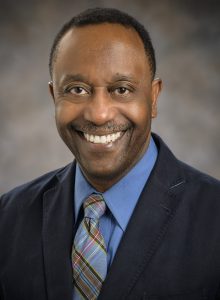 Gary LeRoy, associate dean of student affairs and admissions at the Boonshoft School of Medicine.

The associate dean of student affairs and admissions at the Wright State University Boonshoft School of Medicine has been a popular source for media during the coronavirus pandemic. Dr. Gary LeRoy, who is also president of the American Academy of Family Physicians (AAFP), has been a regular feature for media stories around the country.

LeRoy has been interviewed by many newspapers, magazines and websites. These include the New York Times, U.S. News and World Report, Newsweek, Wall Street Journal, Los Angeles Times and the Associated Press.

“Children and the elderly, people that have compromised immune systems or respiratory disorders like chronic obstructive pulmonary disease or asthma, are really susceptible to these viruses,” LeRoy told U.S. News and World Report.

In the flurry of media coverage, he has explained rapid testing kits, and differences between the common cold, flu and COVID-19. LeRoy gave background on herd immunity. He also encouraged people to get their flu shots.

LeRoy serves as AAFP president during the organization’s 50th year. The AAFP was founded in 1969 and represents 131,400 physicians and medical students nationwide. It is devoted to primary care and advocates on behalf of family physicians and patients across the country.

In November 2019, LeRoy received the Patricia Rousseau Community Advocacy Award at the 2019 Access to Justice Awards Celebration. The award was presented by the Greater Dayton Volunteer Lawyers Project, Legal Aid of Western Ohio and Advocates for Basic Legal Equality.