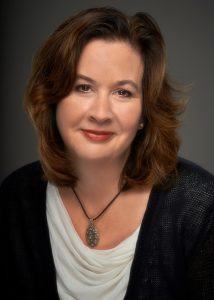 Valerie Weber will join Wright State at the dean Boonshoft School of Medicine.

Following a national search, Valerie Weber has been appointed the next dean of the Wright State University Boonshoft School of Medicine, effective Nov. 1.

She will replace Margaret Dunn, who retired as dean at the end of June.

Prior to joining Drexel in 2014, Weber served as chair of the Department of Clinical Sciences, associate dean for clinical affairs, and professor of medicine at the Commonwealth School of Medicine. As a member of the senior leadership team of the Commonwealth School of Medicine, Weber had a major role in many aspects of the development of the new school, which awarded its first medical degrees in May 2013. She was responsible for recruiting and developing more than 400 faculty members for the Departments of Medicine, Surgery, and Psychiatry, as well as faculty leaders, to create and implement the curriculum. She also led the development of the school’s innovative clinical curriculum, the centerpiece of which is a third-year longitudinal integrated clerkship, the largest implementation of that model in the world. This involved the development of medical school faculty across a 16-county region, establishing academic affiliations with nearly 30 hospitals and dozens of physician groups and crafting a robust assessment plan.

Weber earned her M.D. from the University of Pennsylvania School of Medicine, an M.S. in health care management from the Harvard School of Public Health, and a B.A. in psychology from Washington and Jefferson College. She conducted her internship and residency in medicine at The Graduate Hospital in Philadelphia, where she also served as chief resident.