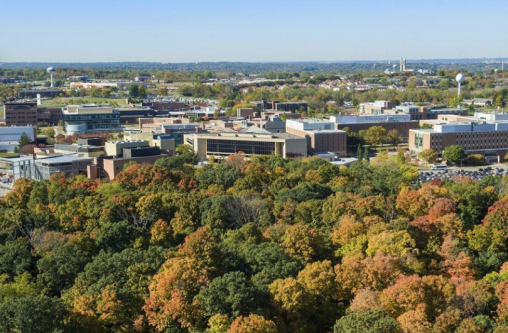 Joining a growing national movement, Wright State University is allowing undergraduate students to apply for the 2021 summer or fall semester for free — and it’s also freeing first-year students of the requirement to have ACT or SAT test scores.

Both policy changes apply to applicants at Wright State’s Fairborn and Lake campuses.

Waiving the application fee and testing requirement will remove barriers that some students and families may encounter because of the COVID-19 pandemic, Rob Durkle, Wright State’s chief recruitment and admissions officer, said in a university release Tuesday.

“We want to open up even more opportunities to provide greater access for students who want to attend college,” Durkle said.

“We know that money is tight and times are tough,” said Jen McCamis, WSU director of admissions. “We want to make sure we are serving our community as we work to help students get to college.”

The test-optional admissions process allows students to apply with or without test scores, WSU said.

“Because the coronavirus pandemic caused the cancellation of many ACT and SAT test dates in the spring, many students were unable to take the tests,” Wright State said.

The University of North Carolina system of schools made a similar announcement three weeks ago, saying standardized test scores won’t be required for 2021 admission.

Nationwide, this trend has been ongoing for months. The University of California system moved to phase out the SAT and ACT as an admissions requirement over the next four years, the New York Times reported in May.

“Looking at four years of a high school record of transcript is usually more important than looking at a four-hour exam score,” Durkle also said.

The test-optional change will be in place for two years while the Office of Admissions works with the Faculty Senate to evaluate the test requirement long-term, the university added.