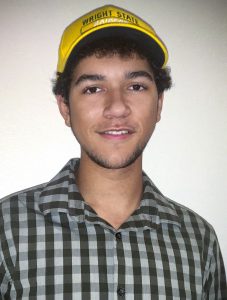 When the Wright State Student Emergency Relief Campaign was launched, Rob and Ann Weisgarber quickly stepped up and made a gift to help students during the initial weeks of the COVID-19 pandemic. But the Wright State graduates were inspired to do more.

The Weisgarbers began having conversations with Bill Bigham, interim vice president for advancement, about how they could make a greater impact during this unprecedented and challenging time.

“We wanted to help someone who might be in jeopardy of not being able to continue their studies due to economic circumstances beyond their control,” said Rob Weisgarber, a 1977 Wright State graduate. “It was also important to us to help a student who was fairly far along in school, preferably a junior or senior, that was already committed to Wright State and close to achieving their goals.”

“Most of us are not aware of the foster care system. We don’t know about those students at Wright State,” said 1976 Wright State graduate Ann Weisgarber. “It was important to us to heighten awareness.”

The Weisgarbers made a gift to the Rise. Shine. Scholarship fund to provide tuition and books for one ISN student for fall semester 2020. Wright State student D’Layne Wilens is the grateful recipient of their generosity.

“I was so surprised. I’m super thankful for it,” said Wilens. “I couldn’t do any of this without them. I’m going to push and continue pushing for my degree. I thank them so much for helping me and being there for me.”

The road to Wright State has not been an easy one for Wilens, who estimates that he was in eight to 10 different foster homes throughout his youth.

“It hurts, but I think that there’s a lot of growth that can come from being hurt,” said Wilens. “I’ve had to adjust to change a lot. It’s been pretty difficult. You have certain people in your life that are there trying to help you. But there’s also a part of yourself that has responsibility in your own growth.”

The Milford High School graduate became familiar with Wright State when his older brother began taking classes at the university. Of the colleges that he considered, Wilens thought Wright State was the most welcoming and accepting of foster youth.

“This university is generous in supporting their students,” said Wilens. “Regardless of what background you come from, there’s always a group of people there to support you with open arms.”

Wilens credits the ISN for making his transition to college easier and helping him to feel at home at Wright State. He is especially appreciative of the boot camp that the ISN provides for new students. During the two-week boot camp, faculty and staff from the Office of Undergraduate Admissions, Bursar’s Office, RaiderConnect, Residence Life and Housing, Disability Services, Equity and Inclusion, and many other campus departments come together to welcome students to Wright State and assist them in adjusting to campus life.

“ISN boot camp was awesome,” said Wilens. “It provided exposure to the university’s services and introduced opportunities for students to embark upon. In regard to my background, Wright State’s community made me feel welcomed and embraced, a feeling no other college offered during my search for higher education.”

Tiffany Freeman, who served as ISN coordinator for the last two years, said the goal of ISN boot camp is to help former foster youth connect with familiar faces on campus. Freeman says that creating relationships can often be a struggle for this group of students.

“It’s difficult for them to reach out when they need help. It can be very intimidating,” Freeman explained. 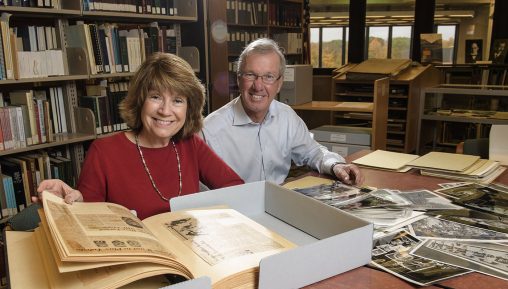 Wright State alumni Ann and Rob Weisgarber made a gift to the Rise. Shine. Scholarship fund to provide support for D’Layne Wilens, an Independent Scholars Network student at Wright State.

To help students transition to college, the university also offers Raider Academy in June for ISN students and any other students who are eligible for Pell grants. Students in Raider Academy take English and developmental courses, so they come into fall semester already having seven credit hours on their belts.

Raider Academy also gives ISN students the opportunity to move into campus housing early. Since students typically emancipate from foster care in the summer, they may not have a place to live before they start taking college classes in the fall. With Raider Academy, students are able to move on campus in June.

“We do as much as we can,” said Freeman. “Remember where these students have come from. They have outside challenges and adversity that they are facing on a daily basis because of all of the past childhood trauma that they have experienced.”

Freeman hopes that programs at Wright State and other universities will help improve the outcome for a student population that is high risk nationwide for low retention and graduation rates. “The rate of foster youth who enter higher education is astronomically low,” said Freeman, “and only three percent of former foster youth end up graduating.”

Freeman says that flexibility is also key when working with students who have been emancipated from foster care.

“If it’s so structured, then they’re almost set up to fail. It can be very discouraging for them,” said Freeman, who is well aware that former foster youth face different challenges than other college students.

“For some of these students, their dorm room is the only place they have to live,” she said. “If they don’t have their meal plan, they might not be able to eat.”

In spite of their challenges, Freeman has seen many ISN students thrive. For Freeman, their success is her greatest reward.

“It’s going to take a lot of work to get there, but I know that I can do it,” said Wilens.

For Rob and Ann Weisgarber, helping Wright State students, like Wilens, achieve their dreams is one of life’s greatest joys.

“Who wouldn’t want to support a kid with that kind of ambition? We need for him to be successful,” said Ann. “He’s going to do good work.”

The Weisgarbers also recognize that scholarships can help lift some of the many burdens that students are carrying as they juggle their classes and studies while working multiple jobs to make ends meet.

“Now that we can help people, we’re grateful that we can,” said Rob, who held down three jobs while he was taking classes at Wright State.

While Wilens and other former foster youth may not have experienced traditional upbringings, they are determined that barriers from their past will not affect their future success.

“Most of the time, people look at foster kids differently because they don’t generally associate them as ‘normal.’ Although their lives have been anything but normal, foster youth are extraordinary and they can accomplish anything that a person with a normal background could do,” said Wilens. “All that they need is a support system, a career aspiration, and determination. With those, they’ll be able to do whatever their heart desires.”