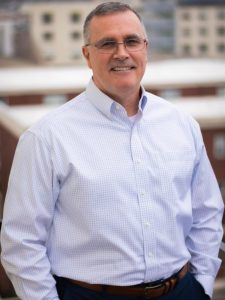 Two Wright State University alumni have joined the Board of Trustees as national trustees.

Ricky Peters, a systems engineering graduate, and Brittney C. Whiteside, a two-time Wright State graduate, were unanimously appointed national trustees by the Board of Trustees during its Dec. 11 meeting.

Peters and Whiteside join Anuj Goyal and Vishal Soin as Wright State national trustees. National trustees serve for a three-year term in a non-voting status. They bring additional capabilities and expertise to the Board of Trustees in support of Wright State and join nine voting members and two student trustees who are appointed by the governor of Ohio.

Tom Gunlock, chair of the Board of Trustees, said the board was pleased to add the diversity of experiences and perspectives Peters and Whiteside will offer Wright State.

“Ricky Peters holds the distinction of graduating with engineering degrees from Wright State University, Sinclair Community College and the University of Dayton. His breadth of connections with the U.S. Air Force, the local business community and Dayton-area higher education institutions are a welcome addition to the board,” Gunlock said. “Brittany is a recent double graduate of Wright State. The experience she has gained while working at several other universities around the country will allow her to offer the Board of Trustees valuable insight into how other institutions approach challenges and opportunities.”

Ricky Peters is the CEO of Tangram Flex, a Dayton software company focused on rapidly integrating systems with embedded software. Before joining Tangram Flex, he was the CEO of Ascend Innovations, a joint venture between Kettering Health Network, Premier Health and Dayton Children’s Hospital.

Peters previously served for 35 years as a civilian leader in the Air Force, retiring in 2015 as the executive director of the Air Force Research Laboratory. He was responsible for leading a workforce of 10,000 and guiding the Air Force’s $2.5 billion science and technology program and an additional $2.75 billion in customer-funded research.

A native of New Lebanon, Peters resides in Brookville with his wife, Sheri, who earned a master’s degree in biomedical engineering from Wright State. 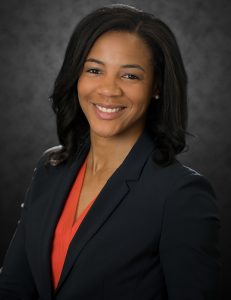 Brittney C. Whiteside is the executive associate athletics director at the University of Virginia in Charlottesville. She is a member of the department’s executive leadership team, overseeing the external operations of corporate sponsorships, ticket sales, branding, marketing, licensing, broadcast and strategic revenue generation. In addition, she serves as the senior woman administrator with oversight of diversity, equity, inclusion and Title IX planning.

Prior to joining UVA, she served as senior associate athletics director at Appalachian State University and director of external engagement at the University of Missouri.

With over 10 years of experience in higher education, Whiteside has a diverse background in operational and strategic planning, fundraising, academic affairs, human resources, corporate partnerships and community relations.

A native of Columbus, Whiteside received her bachelor’s degree in psychology in 2007 and a master’s degree in rehabilitation counseling in 2012 from Wright State. She was a four-year letter winner on the women’s basketball team and played professionally in Germany before returning to the Dayton area to begin her career in athletics administration at Wright State.