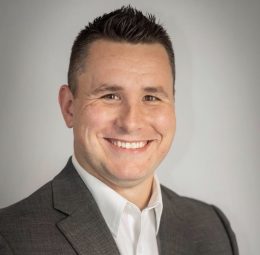 Wright State University is creating a new Department of Public Safety that will include the university Police Department and other complementary units.

The creation of the new department is part of Wright State’s overall restructuring plan, which will sustainably support university operations at an enrollment of 10,000 students, said Greg Sample, executive vice president and chief operating officer of Wright State.

Police Lt. Kurt Holden has been named the interim director of public safety. Holden and Sample are working together to develop an operating plan for the new department. They expect to complete the plan by the end of Spring Semester.

Until 2003, Wright State had a Department of Public Safety that included the police force. Sample said the university is returning to that approach by consolidating several standalone divisions and units under the umbrella of Public Safety.

“In many ways, we are going back to our roots with the re-establishment of a Department of Public Safety,” Sample said.

The model is not unique. Police forces at other universities in the Dayton area operate under a public safety department model, including the University of Dayton, University of Cincinnati and Bowling Green State University.

As the name implies, the new department will include functions beyond law enforcement. Other Wright State units that the university may move under the new public safety umbrella include parking, transportation and emergency management. Integrating these separate units into one department is expected to create save costs and create a more efficient and collaborative approach to public safety.

“When you have all of those entities working together it results in a safer and more secure campus,” Holden said.

The reorganization will also help the university better align public safety activities at both the Dayton Campus and the Lake Campus, Sample said.

Holden and Sample emphasized that Wright State is not eliminating its police force and the Police Department will continue to provide the same services to the Dayton and Lake campuses.

Holden said that students should not be concerned about the restructuring plan. Police officers will continue to fulfill their responsibilities to provide a safe and secure campus, Holden said.

The Wright State Police Department includes a patrol, crime prevention and police records divisions; administrative and support services; a communications center; and investigations. The department also provides police and security coverage to the Wright State Nutter Center. The department employs 12 officers and two dispatchers on the Dayton Campus and one patrol officer on the Lake Campus.

As a part of the reorganization process of the police force, the university’s chief of police position has been eliminated and a new position of director of public safety position will oversee the new department. Chief David Finnie has been reassigned and will work with Sample on several special projects through April.

The university expects to post and conduct a search for a permanent director of public safety position this spring.

Wright State is also exploring a partnership with the Fairborn Police Department to provide police dispatch for the Dayton Campus. Currently, dispatch calls are received in the department’s Communications Center in Allyn Hall. Other neighboring universities have adapted to such a model. For example, Central State University partners with the Greene County Sheriff’s Office to provide its dispatch services.

The majority of the calls received by Wright State Police Dispatch are for non-emergencies and very few 9-1-1 calls are made to the Wright State Police Department annually, Sample said. In the event the university elects to integrate its police dispatch with Fairborn or another law enforcement agency, Wright State police officers will still respond to calls on campus, he said.

Holden and Sample are also considering reviving a program that allows students to work within the Police Department. Possibilities include patrolling, giving campus directions to visitors or unlocking doors.

“It would allow students to be a part of the safety of the university,” Holden said.