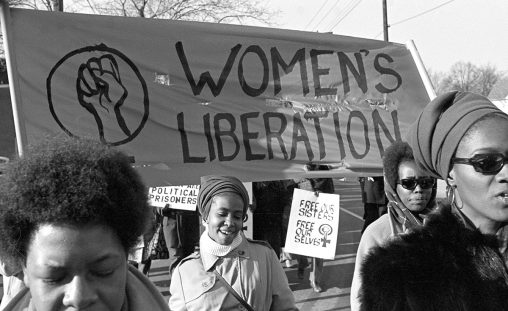 “These women, contrary to historical narratives, were not simply supporters of movements. In many ways they were pioneers. It’s essential to understand the significance of their work and how it connects to many antiracist efforts today,” said Quatez Scott, the intercultural specialist in the Bolinga Black Cultural Resources Center.

Monday, March 29, from 4 to 5 p.m.: Nicole Carter, director of the Women’s Center, will give a talk on The Combahee River Collective on Webex.

Carter will discuss how The Combahee River Collectivepaved the way in the 1970s for the Black Lives Matter Movement today.

The Combahee River Collective was a Black feminist lesbian socialist organization active in Boston from 1974 to 1980. The collective developed the Combahee River Collective Statement, a key document in the history of contemporary Black feminism and the development of the concepts of identity politics as used by political organizers and social theorists, and introduced the concept of interlocking systems of oppression, a key concept of intersectionality.

Tuesday, March 30, from 6 to 7 p.m.: Sharon Lynette Jones, professor in the Department of English Language and Literatures, will discuss the powerful life, legacy and literature of activist and author Angela Davis on Webex.

Jones is editor of the book “Conversations with Angela Davis,” which is scheduled to be released on Aug. 16 from the University of Press Mississippi. The book features 17 interviews ranging from the 1970s to the present day, chronicling Davis’s life and her involvement with and influence on important and significant historical and cultural events.

Davis is known internationally for her work to combat all forms of oppression in the U.S. and abroad. She has been active as a student, teacher, writer, scholar, and activist and organizer.

She came to prominence in the 1960s as a counterculture activist, as a leader of the Communist Party USA who had close relations with the Black Panther Party through her involvement in the civil rights movement. She was on the FBI’s “10 Most Wanted List,” and after spending 18 months in jail, was acquitted on conspiracy charges related to an armed takeover of a California courtroom.