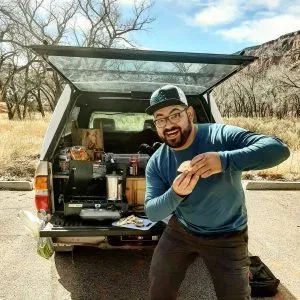 Wright State University and Five Rivers Metroparks will host an online discussion on Diversity in the Outdoors on Thursday, April 15, at 7 p.m.

The panel discussion is part of the weekly Adventurer Speakers Series, which concludes on April 22. The series is free and open to the Wright State community and the public.

Information on how to join the discussion can be found on The Adventure Summit webpage.

The discussion will be moderated by Quatez Scott, intercultural specialist for the Bolinga Black Cultural Resources Center at Wright State.

The panel will include Wright State alumnus Juan Muñoz Jiménez, coordinator for Latino Outdoors, an Albuquerque, New Mexico organization that seeks to connect and engage Latino communities in the outdoors. As a graduate student at Wright State, he developed and led adventure programs with Outdoor Resource Center. He earned a history degree and an M.B.A. from Wright State.

The panel will also include Nailah Blades Wylie, a life and leadership coach and the founder of Color Outside, and Justin Yoder, the founder of LGBT+ Outdoors.

The panel will discuss and answer questions from the audience about pathways to inclusion, barriers of entry, challenges for people of color and minority communities and lack of representation in the outdoor industry.

“We have a really incredible lineup this year, and I hope people come to our Adventure Speaker Series inspired to have their own adventures,” said Erin Sherrets, program manager for Outdoor Recreation at Wright State.