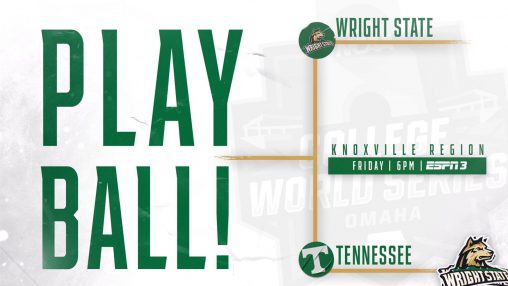 Fresh off its fourth Horizon League Championship in the last six seasons, the Wright State baseball team is headed to the Knoxville Regional as the No. 4 seed and will take on Tennessee in its opening game.

The Raiders will take on the No. 1-seeded Volunteers at 6 p.m. on Friday, June 4, in their first game of the regional. Joining Wright State and Tennessee in the regional bracket is No. 2 seed Duke and No. 3 seed Liberty.

Wright State clinched its ninth NCAA Division I appearance on Saturday afternoon with a 21-3 victory over Milwaukee in the 2021 Horizon League Championship at Nischwitz Stadium. The Raiders rolled through the three games in the tournament, outscoring their opponents 40-10 in the wins.

The Raiders’ last NCAA appearance came in the 2018 Stanford Regional, and they also appeared in the 2016 Louisville Regional final before falling to the host Cardinals.

Wright State enters the NCAA Championship with a 35-11 overall record, while Tennessee holds a 45-16 mark and is the No. 3 overall seed in the championship. Duke enters the weekend 32-30 and Liberty is 39-14.