From the Stacks: 150 years of Paul Laurence Dunbar 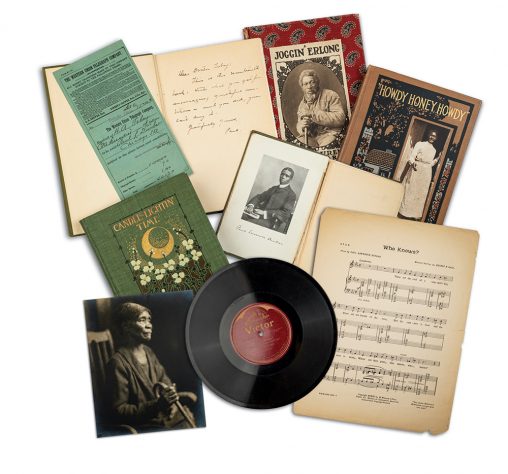 In 2022, the Miami Valley will celebrate 150 years of the life and work of poet Paul Laurence Dunbar, a prolific writer renowned for his dialectical poetry.

Dunbar was born in Dayton on June 27, 1872, to parents who were enslaved prior to the Civil War. He attended Central High School, where he was the only African American in his class. Orville Wright was a classmate. During high school, Dunbar wrote poems in his school newspaper, serving as editor. His poetry was published in the local newspaper, the Dayton Herald, and Dunbar edited an African American paper, The Tattler.

In 1892, he was invited to speak at the convention of the Western Association of Writers, where his work was recognized by fellow poet James Newton Matthews, who encouraged Dunbar to self-publish his first book of poetry, Oak and Ivy. Success continued for Dunbar, including monetary support from Dr. Henry Tobey, superintendent of the Toledo State Hospital. Dunbar traveled around the U.S. and to London performing his poetry. During this period, he suffered from pneumonia and tuberculosis.

Dunbar married Alice Ruth Moore in 1898. After a tumultuous marriage, she left him in 1902. Due to his continued illness, his mother served as his caregiver until his death at 33. In 1992 the Wright State Board of Trustees approved naming the university library after Dunbar.

Reported in The Guardian, Jerrie Bascome-McGill, associate vice president for minority affairs, said, “I can think of no other facility on campus more appropriate to name in honor of Paul Laurence Dunbar.”

The University Libraries plan to host several events, including poetry readings, performances, an art contest, and more to mark the anniversary into 2022. Visit libraries.wright.edu for more information.

The Special Collections and Archives holds several small collections on Dunbar. William and Mary Shepherd donated several books, many inscribed by Dunbar. Shepherd was the grandchild of Tobey, Dunbar’s benefactor.