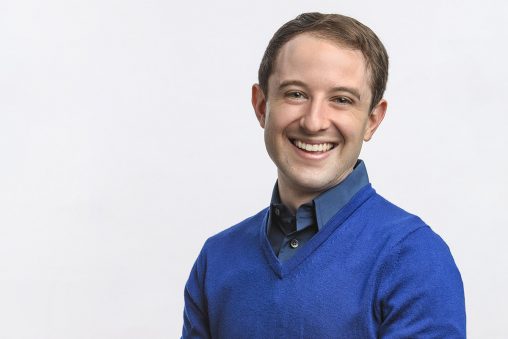 Joey Monda, who earned a Bachelor of Fine Arts in musical theatre in 2012 from Wright State, is producer and owner of Sing Out Louise! Productions.

Monda was also nominated for a Tony Award for Best Play as the producer of “Slave Play.”

Monda, who earned a Bachelor of Fine Arts in musical theatre in 2012 from Wright State, is producer and owner of Sing Out Louise! Productions.

In 2019, he won a Tony Award for Best Musical for “Hadestown.” He has also produced the Broadway productions of “Allegiance,” “The New One” and “Mrs. Doubtfire.”

“The Inheritance” and “Slave Play” will be remembered for being cultural milestones, Monda said.

“These plays profoundly resonate today as our culture continues to grapple with how we can lift the voices of the oppressed even if that means facing uncomfortable realities ourselves,” he said. “The choices we make now as a society have deep ripple effects for years and generations to come.”

“Slave Play” forces audiences to explore America’s complicated relationship with race and the need for each of us to reconcile what Monda called “the sins of our forefathers and how those sins continue to manifest themselves even into today.” “The Inheritance” speaks to the struggles of the LGBT community and how an entire generation was lost to an epidemic, a situation Monda said was “not unlike what we are seeing right now.”

Monda has developed innovative contracts and structures to film and release Broadway shows for Cineplex release and pay-per-view showings, making live theatre available to everyone. He was the lead producer for the video release of the Broadway musical “Bandstand,” which demonstrated the effectiveness of this new marketing model.

In 2020, Monda received the Graduate of the Last Decade Award from the Wright State Alumni Association.

He connects new Wright State graduates with mentors in New York City to help them begin their professional lives. His engagement in the annual industry immersion week of the Department of Theatre, Dance and Motion Pictures has helped provide an effective professional gateway experience for students and alumni.

As a student at Wright State, Monda led the student-run theatre, the Jubilee Directing Lab, and hosted a weekly radio show on WWSU. He interned at The Human Race Theatre Company and with theatre producer and Sirius XM radio host Seth Rudetsky, with whom he began a professional relationship that continued after graduation and led to off-Broadway and Broadway productions.