A passion for research 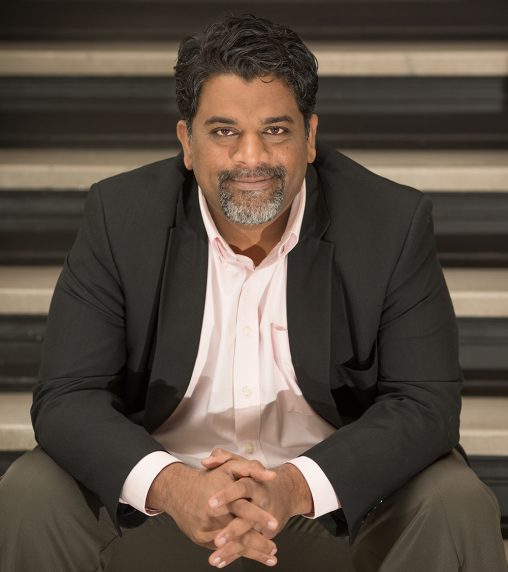 Shashaanka Ashili first fell in love with research as a graduate student at Wright State University. Coming from his home country of India, where he had minimal exposure to research while he was working on his undergraduate degree, a whole new world opened up for Ashili when he began studying for his master’s degree in electrical engineering in the United States.

At Wright State, Ashili met Marian K. Kazimierczuk, distinguished professor of electrical engineering, and began working with him on an independent study. Under Kazimierczuk’s tutelage, Ashili discovered the amazing possibilities that research afforded and the opportunities it could provide for his future career trajectory.

“That’s when I realized what research is and I got excited,” said Ashili, who also expressed gratitude for Kazimierczuk’s mentorship. “His kindness, grace, and willingness to help — that’s one of the memories that I still hold onto and cherish.”

Ashili recalls that, at the time, few international students were working in research at Wright State and many of them, like himself, were struggling financially.

“Every penny matters for international students,” he said.

The fund will help students attend research conferences, where they can present their findings and network with leading researchers in their field.

“I want to contribute to someone’s success,” said Ashili, who hopes the research fund will encourage students to explore all of the avenues that are open to them.

“No matter where you start, there are different trajectories. You don’t have to take the same trajectory that everybody else is taking. You still have a choice to make. I wish someone had told me that,” said Ashili. “I’m one of the people who made a different choice and went into the research world.”

Following his graduation from Wright State, Ashili went on to pursue a Ph.D. in optical physics at the University of North Carolina at Charlotte. He completed his post-doctoral work in the Biodesign Institute at Arizona State University, where he worked with many students in the laboratory on a $36 million NIH grant to develop solutions to understand cancer at the single cell level.

“What I realized very often is that students — as excited as they are to learn — miss the big picture. That’s where mentoring comes in. Mentoring is key,” he said. “It’s not about the knowledge you have, it’s about sharing your experience with them so they can make better decisions.”

Ashili is looking forward to meeting and mentoring the recipients of his research fund at Wright State. He also hopes to encourage his fellow alumni, who were international students at Wright State, to contribute to the fund.

On Friday, Oct. 1, during the university’s annual Wright Day to Give, Ashili will offer a matching gift challenge, where he will match all gifts dollar for dollar, up to $1,000, to the Shashaanka Ashili International Grad Student Research Fund. Gifts can be made online at https://bit.ly/3hOhka3.

“I would like to see this expand into a small grants program that is supported by alumni giving,” he said. “Grants help make a difference in somebody else’s life and push the research forward.”

As the chief executive officer of CureScience, a nonprofit organization that focuses on accelerating clinical translational research for curative therapies, Ashili is well versed in raising substantial amounts of money.

“It’s not always about the size of the check,” he said. “It’s about having a conversation and explaining ‘this is what we are doing and we would really like your contribution.’”