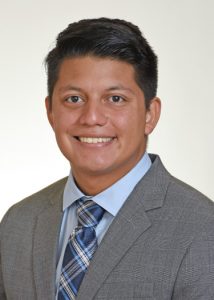 As an internal medicine resident, Orly Leiva, M.D., played a critical role in caring for patients in Boston during the initial surge of the coronavirus pandemic.

In a normal winter, the ICU would have around 20 patients with just a few on ventilators, but in early 2020, 100 patients were in the ICU with around 60 to 70 on ventilators at Brigham and Women’s Hospital. To meet the demand caused by a large number of patients, the ICU deployed smaller teams of doctors. Leiva’s team cared for 18 to 22 patients, a substantially higher caseload than normal.

“It was a very strange time. The hospital was otherwise empty” because outpatient clinics and elective procedures were canceled, recalled Leiva, a Wright State University biological sciences alumnus.

Working in the ICU was emotionally taxing for Leiva. He is Hispanic as were most of the patients in the ICU, and he would regularly call his patients’ families, who were not allowed to visit the ICU, to provide updates.

“While I found it rewarding to be able to speak the language and families were grateful, it was emotionally difficult,” he said.

Although the experience of working in the ICU was traumatizing, Leiva said, “there was a great sense of teamwork and unity that I’d never experienced before. Everyone was so focused on the patients and working together, it was incredible.”

The experience solidified Leiva’s decision to incorporate critical care in his career. He also had an opportunity to participate in COVID research and was a coauthor of an important paper that highlighted the increased risk of blood clots in COVID-19 patients.

Currently, he is participating in his second postdoctoral training program — a three-year cardiology fellowship at New York University, during which time he is learning to perform and interpret echocardiograms, perform left and right heart catheterizations, evaluate patients with cardiac conditions and manage complex cardiac problems.

Finally, he plans to spend an extra year in critical care training followed by two more years of interventional cardiology.

“It seems like a long time,” he said, “but time flies quickly during training.”

Leiva’s goal is to specialize in interventional and critical care cardiology, providing care for acutely sick patients with medical therapy or interventional procedures such as stenting coronary arteries and cardiac circulatory support devices.

“I’ve always loved the acute and complicated patients, the adrenaline of critical care and performing procedures,” he said.

He also plans to continue clinical research focused on merging cardiology and hematology, or the study of blood and blood cells. A growing body of research has shown how blood cells and cardiovascular diseases affect one another, said Leiva, who has published over 30 peer-reviewed scientific papers.

“Often hematology patients have a high risk of both bleeding and clotting, and there is little clinical data to guide therapy, especially in acute situations,” he said. “My hope is that my research sheds light on this topic.” 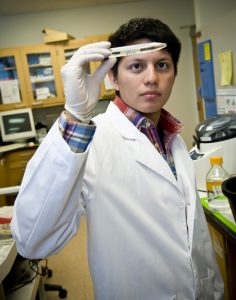 Orly Leiva was able to participate in research as an undergraduate student at Wright State through the Biomedical Scholars Training and Research Program (BIOSTAR).

Leiva has always loved science, and after taking an honors biology class in high school, he was hooked.

“I must have read the textbook for that class two or three times from front to back just for fun,” he said.

He was influenced to pursue a career in medicine by his two brothers, who have severe developmental disabilities.

“I realized that I wanted to become a doctor because it merged both science and humanity and the care of others,” he said.

Leiva enrolled at Wright State because the campus was close to his family in Miamisburg and he wanted to remain in the area so he could continue to help care for his brothers.

As an undergraduate student at Wright State, Leiva participated in the Biomedical Scholars Training and Research Program (BioSTAR), a Boonshoft School of Medicine program that provides biomedical research experience for undergraduates from underrepresented groups.

He described it as a pivotal experience for his career. The program provided him with his first intensive, structured research experience. He was also able to present at a national conference where he published his first two papers.

“Without that experience I would not have had the career trajectory I am on now,” Leiva said. “The experience in BioSTAR helped me get other research experiences and that compounded over time.”