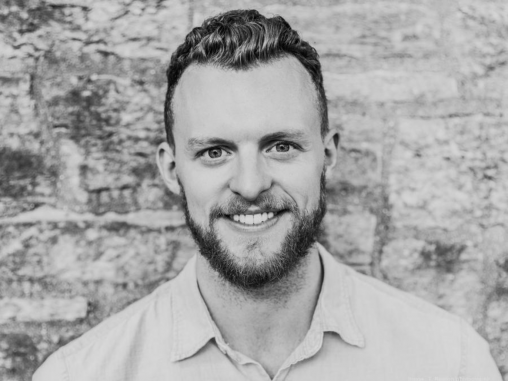 The world is about to find out.

Schumacher, a Wright State University alumnus and the cofounder and CEO of Uprising Food, will pitch his startup to potential investors Friday on the season 13 premiere of ABC’s hit reality series “Shark Tank.”

Cofounded by Schumacher, his wife Kristen and Blue Oven Bakery founders Mark and Sara Frommeyer, Uprising Food dishes up low-carb, superfood-packed keto chips and keto bread. The startup was founded in March 2019 and is headquartered in Cincinnati.

In their TV appearance Oct. 8, William and Kristen will try to convince a panel of judges, or “sharks” — including Mark Cuban, Barbara Corcoran, Lori Greiner, Robert Herjavec, Daymond John and Kevin O’Leary — to invest in their idea in exchange for a stake in the company.

The idea behind Uprising Food is simple, Schumacher said: He wants to help people get healthy.

“The big idea here is that the food system is fundamentally broken,” Schumacher told me. “Uprising wants to step in, create a food revolution and really help the masses get healthy through better breads, better chips and better staple foods that people rely on.”

That mission is deeply personal for Schumacher, who said his father grew up in a low-income Cincinnati community and got addicted to sugar at a young age. He now suffers from numerous health problems, including diabetes and late-stage kidney disease.

“If he would have known and had access to better foods, I think his health would be fundamentally different,” Schumacher said. “I don’t know necessarily how much longer I have left with him. However, I want to make it so other people don’t have to go through what we’ve been through.”

Uprising Food began with just one product: Bread. In its first year of operation, the company inked just under $100,000 in sales.

By 2020, that number swelled to $1 million. This year, Schumacher said Uprising Food is pacing at $1 million in sales per quarter, having generated $2.1 million in the first six months of 2021 alone.

“We’re excited to keep that momentum going,” he said. “We’ve got the hot hand right now.”

E-commerce is the fuel for Uprising Food’s growth, accounting for 95% of sales. Customers can order “bundles” of products on the company’s website, with prices ranging from $39 to $72 depending on order size and product type.

The startup recently expanded its product line to include fiber-packed chips, which have been available on Meijer shelves since Jan. 1.

“Having went to school at Wright State in Dayton, Meijer happens to be the place where I shopped back in college for my groceries,” Schumacher said. “We struck a partnership with them to distribute our chips in stores, so you can get them at any local Meijer.”

Since Schumacher’s parents were business owners, he was introduced to entrepreneurship at a young age. But in his teens, the family business went bankrupt. Knowing his parents couldn’t help financially with college, Schumacher started looking for an affordable business school.

A friend recommended Wright State, so he applied.

“Anything that I took on at the collegiate level, I was going to have to pay it back,” he said. “I wanted a school that was going to set me up for a career in business but was also going to be a great value, and so I picked Wright State.”

That experience was critical, Schumacher said. During his senior year, he landed a marketing internship at MeadWestvaco Corp., then pursued a post-graduate career in the banking industry.

He spent four years at KeyBank before accepting a job at Procter & Gamble Co., where he worked in brand management.

“That really helped me understand how consumer products are such a significant factor in improving people’s lives,” he said of P&G. “You want to bottle up the complex and the science into things that are approachable for consumers.”

In addition to William and Kristen Schumacher, the season 13 premiere of “Shark Tank” will feature entrepreneurs from Philadelphia, New York City and Burnet, Texas.

The Friday episode will air at 8 p.m. EST.