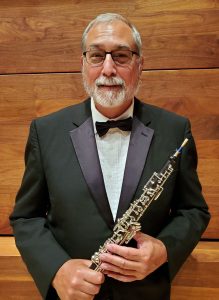 A special recital premiering four works of internationally renowned composer Alyssa Morris, D.M.A., will be performed by Wright State University School of Music students and faculty in Schuster Hall in the Creative Arts Center on Sunday, May 1, at 7 p.m.

As a performer, Morris has appeared as a soloist in venues throughout the United States, Scandinavia, the British Isles and Western Europe. She performed as a recitalist at the 2014 and 2016 International Double Reed (IDRS) Conventions at New York University and Columbus State University. 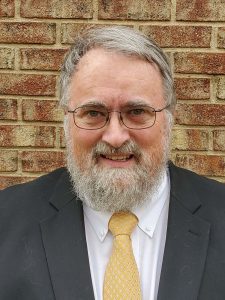 Glenn Harman will perform on piano during the recital.

One of Morris’ works being premiered at Wright State, “Mixed Signals,” was co-commissioned and will be performed by Wright State students Christopher Nilo and Glenn Harman, M.D.

Nilo, who retired from a career in information technology at Wright-Patterson Air Force Base in 2012, will graduate with a bachelor’s degree in oboe performance from Wright State on April 30.

Harman, who is responsible for commissioning the other three works, is a retired medical oncologist/hematologist with the Mayo Clinic. He is also a part-time Wright State student.

“This is really a very unique event. Not only are we premiering works, which already makes it unusual, but also, these are works by an internationally prominent composer,” said Harman.

The works to be premiered and performers are: