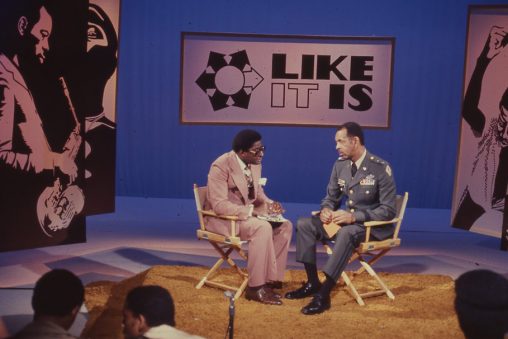 Thanks to a grant from the Ohio Historical Records Advisory Board, Wright State University Libraries Special Collections and Archives will take on the task of digitizing 71 U-matic videocassettes of the weekly television program “Like It Is.”

Thomas, who is as exceptional a figure as those he interviewed, graduated from Central State in 1962 and served as the sixth president of the historically black university from 1985 through 1995.  He was the first alumnus to serve as the university’s president.

He was also the director of Wright State’s Bolinga Black Cultural Resources Center from 1973to 1977, organizing programs, activities, and student services that celebrate the diverse African cultural identities as well as educate the broader community.

In addition, Thomas served on the Historically Black College and University Presidential Advisory Board of former Presidents George H.W. Bush and Bill Clinton and was an official U.S. representative to the first democratic elections in South Africa in 1994. 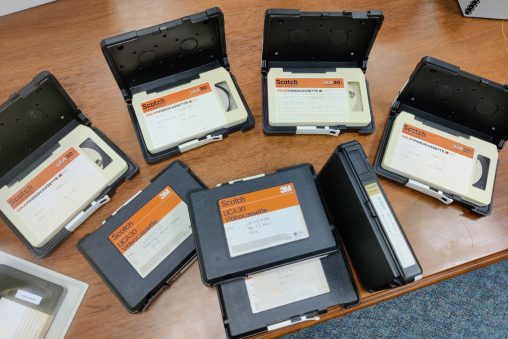 Thanks to a grant from the Ohio Historical Records Advisory Board, Wright State University Libraries Special Collections and Archives will digitize 71 U-matic videocassettes of “Like It Is.”

Toni Vanden Bos, an archivist with Wright State’s Special Collections and Archives, said that the over 200-tape collection was brought in to Wright State in 2019, but U-matic videocassettes are considered an obsolete format due to the scarcity of playback machines and the life expectancy of the tapes themselves.

“The grant funds allow us to hire a vendor, who will inspect, clean, and digitize the U-matic tapes to an uncompressed archival digital file format,” she said. “After the digital files are reviewed for completeness and quality checked, the interviews will be described in an online finding aid for the Dr. Arthur E. Thomas, President Emeritus, Central State University Collection, which will be available online.”

She said that she anticipates strong interest from educators and students at all grade levels as well as community organizations that encourage discussion and activism on social and economic issues, documentarians, authors and historians.

All of the original tapes will be preserved in the Special Collections and Archives and will be digitized as funding becomes available. The archives also plan to begin transcribing the interviews and make them accessible as a step toward placing the digitized interviews into CORE Scholar, Wright State’s institutional repository, in the future.