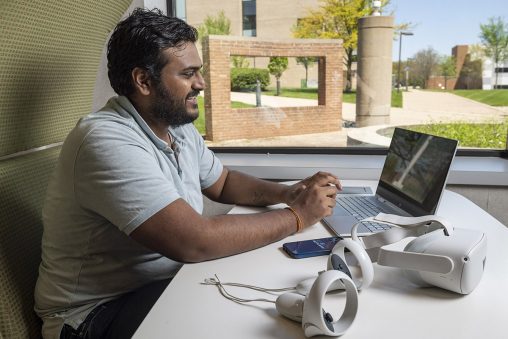 Showri Chitti, who graduated from Wright State in the spring of 2022 with a bachelor’s degree in computer science, secured a full-time job after interning with Veera Engineering.

Wright State University graduate Showri Chitti’s internship with Veera Engineering is taking him to a full-time job and into the metaverse.

Chitti, who graduated from Wright State in the spring of 2022 with a bachelor’s degree in computer science, became a large part of the company during his internship, working to implement systems that allowed Veera to merge with Reach, a company that hosts metaverse spaces.

Veera Engineering is a Dayton-based organization that focuses on the growth of companies and technology, particularly in virtual reality, artificial intelligence and other emerging technologies.

“I knew what they were building before even joining the company, and I was always fascinated with the concept of the blockchain and its uses,” Chitti said. “Which made it easier for us to build a metaverse that is actually useful for people.”

During his internship, Chitti worked on and completed the transaction system and developed a new system to integrate Reach, which enables the easy creation of virtual reality metaverse spaces.

Chitti said his internship at Veera, a startup company, gave him a well-rounded experience that he may not have gotten at a company that is already established.

“I believe anyone can code in this age and time, but not everyone can put it out there,” he said. “I don’t think any student will get a whole spectrum of experience from working in an established company as a software engineer.”

Chitti said he chose to attend Wright State because he sees Dayton as a city of innovation and that Wright State represents inventors who the world took for granted. 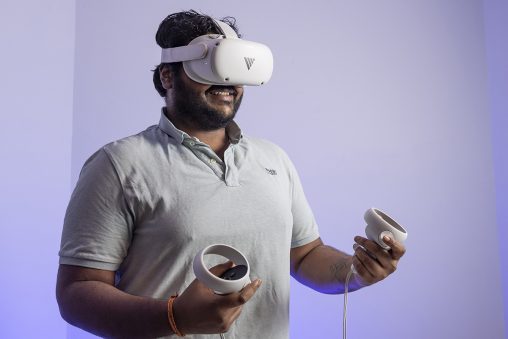 Showri Chitti’s his role with Veera Engineering grew throughout his internship.

He also enjoys Rowdy Raider. “As silly as it sounds, I like wolves and I love our mascot,” he said.

Chitti said that he chose to major in computer engineering because he wanted to be able to work in both hardware and software.

“Personally, I wanted to excel in both the software and hardware building,” he said. “If I want to build a robot, I can proudly say that I can build it from scratch by myself.”