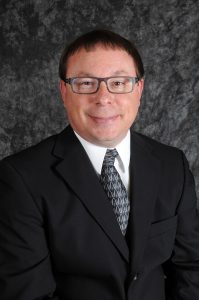 While listening to Wright State University alumnus Chris Haines, one could surmise that there was never any doubt where he was going to attend college.

He points out that a mere 45-minute commute allowed him to stay in his hometown Covington and garner real-world experience in technology. Haines, who graduated from Wright State in 1999 with a bachelor’s degree in management information systems, also appreciated the support exhibited by the faculty at the Raj Soin College of Business.

“Wright State’s proximity to Covington made it desirable to me,” Haines said. “I was fortunate to have good instructors who were down-to-earth people. They understood that I was already working in the field as well and were supportive of anyone doing so.”

Some 23 years later, Haines, president and CEO of Marias Technology and president of Orestod Holdings, still remembers lessons learned at his alma mater. They serve him well to this day.

He mentions that one essential lesson was learning how to interact with diverse personalities while pursuing a common goal. Haines has an even greater appreciation for his Wright State education today.

“Many times, as a young student, you do not recognize how essential a journey is to the eventual destination. For instance, group projects were not always my favorite thing. But it teaches you the importance of interacting with people and the process of finishing a task that you start,” he said. “Later in life, you discover the impact this foundation can have on your career and subsequent success.”

Success is something Haines has become accustomed to.

Marias Technology provides software testing and system implementation services to insurance companies of all sizes nationwide. It currently has 56 employees.

Marias is expanding soon and will open a new location in Sidney in the coming months. It is looking to hire additional employees to serve its clientele.

“We want to generate revenue from companies across the country but do our fair share for the Covington community,” Haines said. “I was born and raised here. This community is important to me and my family.”

He supports his community by donating his own time and resources. Haines has been a Covington firefighter for 23 years and is also president of its Fire and Rescue organization. He oversees the Newberry Theater Preservation Foundation, which owns and hopes to renovate the Newberry Theater in Covington.

The Wright State graduate is civic-minded and always open to supporting nonprofit entities in his community and generating scholarship opportunities for students. Haines never forgets those who have put him in a position to impact his hometown community in this fashion.

“We have been fortunate to have incredible and dedicated people,” he says. “Marias has had enough new clients come to us that we do not need to establish locations beyond the area. Although, we can provide services for insurance companies coast to coast.”

Haines is also fortunate to have multiple family members playing a role in the company’s success.

His wife, Stephenie, was instrumental in the work that led up to the opening of Orestod’s retail apparel stores. Haines’ oldest son, Corey, is a developer for the company, while his daughter-in-law, Alexis, oversees retail operations. His younger son, Cameron, works for one of the stores, and his nephew, Grant, interns for the company.

The person who has been most influential is his late father, Doug Haines, a 1972 Wright State business management graduate, who passed away unexpectedly in early July. Doug spent his entire career in the insurance business.

It was Haines and his father who plotted an early course for Marias as it developed a niche in the insurance industry.

“My father served in an advisory role and was an outstanding sounding board,” Haines said. “He set such a fine example for this company and was a key to our success.”

But Haines does not plan to stop now. He has learned to adjust to what the market demands and to be prepared daily.

“I make sure to avoid complacency. Very few things work out as planned and you must be prepared to pivot, if necessary,” he said. “We have an entire team relying on me. I am still working and pushing every day so we can all continue to be successful moving forward.”