A ‘Time’ for all things 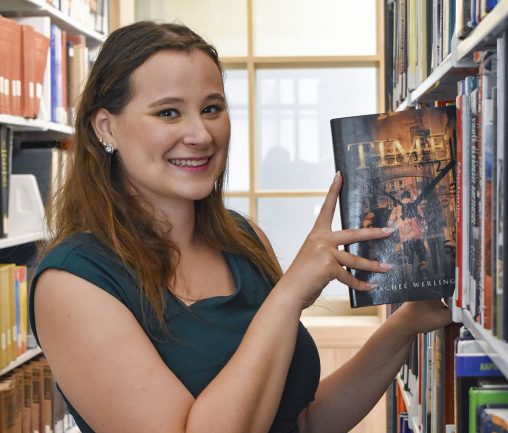 To say that Wright State University Lake Campus elementary education major Rachel Werling is a go-getter is an understatement.

Prior to starting her first year at Lake Campus, she had already completed a semester’s worth of college credits, published “Time,” a young-adult dystopian fantasy novel, and was crowned Miss Lake Festival. Werling started her second year at the Lake Campus this fall but is technically a junior because of all the extra classes she was able to take.

Being a teacher has been a dream of Werling’s from a very young age and she plans to go into elementary education after she graduates. She said that although she has considered other majors, she always came back to education.

“I love children. I love being with them. And I like being able to influence the next generation,” she said.

Werling said that she had researched the education program at the Lake Campus prior to applying and found that it was exactly what she was looking for.

Studying at the Lake Campus also had the additional advantage of being close to home. This was important to her because, in addition to the quality and affordability of the program, she would be able to save on housing expenses, which would help her to reach her goal of graduating debt free.

In fact, she said she already has her entire school year paid for thanks to scholarships, $4,000 of which came from winning Miss Lake Festival, which is a pre-qualifier for the Miss Ohio pageant.

The Miss Lake Festival competition was the first pageant Werling ever participated in. Even though she didn’t think she would win, she said she felt that she had to try, not just because of the potential for earning scholarship money but also because she felt it would help her to hone her public speaking skills. 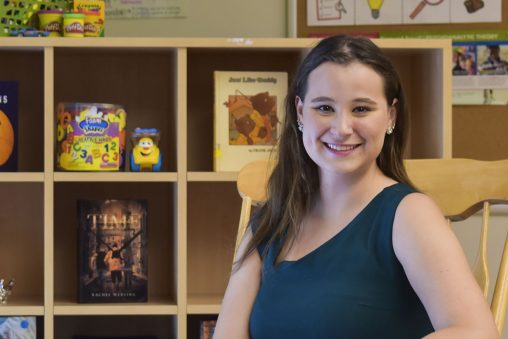 Rachel Werling enrolled at the Lake Campus in part because of the quality and affordability of its elementary education program.

“I ended up winning much to my surprise. It was a great experience,” said Werling.

Werling spent her first year of college balancing academic responsibilities and traveling throughout Ohio to fulfill her responsibilities as Miss Lake Festival. Over the summer, she competed in the Miss Ohio competition while taking 18 credit hours. Although she didn’t place, she said that the experience was well worth it and that she won another $600 in scholarship money just for participating.

If all of this wasn’t impressive enough, Werling was also a published novelist before ever leaving high school.

Her book, “Time,” is a young-adult dystopian fantasy novel that she had published by the end of her senior year. Werling has been writing since the fifth grade and was a huge fan of the horror genre for a time. Her interest eventually turned to dystopian fiction, her favorite being “The Hunger Games.”

“Time,” which is the first novel in a series, is set in the Oligarchy of Flikes, where the government controls every facet of a person’s life, predetermining their best friend, soul mate, enemy and time of death. It follows the adventures of Cassandrea Gultian, who for reasons unknown, did not die at the appointed time.

After graduation, Werling said she plans to teach for a while but will eventually return to get her master’s degree.

“People have asked me, why do you stay at the Lake Campus, why Wright State? And I tell them, I’m not just a number. People know my name and who I am and they want my success,” she said. “I’m not just someone who is paying a bill. They all want me to succeed, and that is so important to me.”