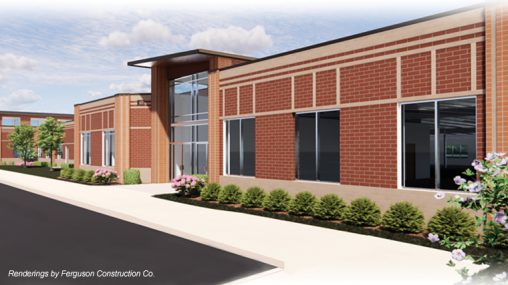 Wright State will have classroom space available in the Northwest Health and Wellness Campus, which will also include a Premier Health medical center and a full-service YMCA facility.

Wright State has been asked to partner with several local nonprofits to redevelop the former Good Sam hospital campus, located at 2222 Philadelphia Drive in Northwest Dayton.

The Northwest Health and Wellness Campus will support healthy lifestyles through the creation of a new Premier Health medical center and a full-service YMCA facility, which will occupy half of the new campus.

The other partner organizations involved in the project will offer services that address economic disparities such as job training, advanced education options, homebuyer training and financial literacy.

Identified as the education partner in the Northwest Health and Wellness Campus, Wright State will provide university-sponsored academic programming to meet the needs of the neighborhoods surrounding the former hospital property.

Dale Brunner, the president and CEO of the YMCA of Greater Dayton, said that northwest Dayton residents identified higher education as a priority for the new health and wellness campus.

“Having a four-year higher education partner allows the neighborhood to have access close to home,” Brunner said. “We are providing access so the neighborhood doesn’t have to travel to receive any services needed.”

Wright State will occupy about 3,500 square feet of space that will include dedicated academic and classroom space, a conference room and offices.

“As a public institution funding by the taxpayers in the state of Ohio, it’s Wright State’s role to ensure that our region’s residents have access to affordable, high-quality education,” she said.

Wright State’s area of the campus will be adjacent to Premier Health’s medical center, providing another opportunity for the institutions to collaborate, Edwards said.

“We have a strong partnership with Premier Health, and we’re looking forward to expanding that to be able to help serve the Dayton community in new and exciting ways,” she said.

The redevelopment project is organized by Phoenix Next Dayton, a nonprofit development corporation. Other partners in the development include CareSource, County Corp, Goodwill Easterseals Miami Valley and United Way of the Greater Dayton Area.

The Northwest Health and Wellness Campus is not the only project between Wright State and the YMCA of Greater Dayton.

Wright State is also partnering with the YMCA and the City of Fairborn to explore the construction of a new YMCA on the Dayton Campus that would serve the Fairborn community and the students, faculty and staff of Wright State.