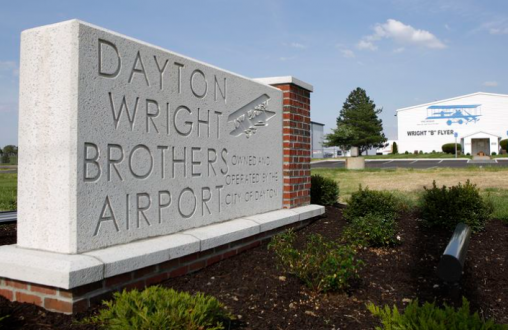 If you’re ready to learn to fly, Wright State University and First Flight Aviation would like a word with you.

“We’re allowing any Wright State student who is here pursuing a degree to take, as an elective, classes in pilot training,” Gregory Sample, Wright State chief operating officer, said last week at a trustees meeting. “So they could end up graduating from Wright State with their undergraduate or graduate degree as well as being a licensed pilot.”

Under the arrangement, Wright State students may register for flight training classes offered by First Flight Aviation, the university said. The courses will be considered special topic electives, and the credit hours students earn will count toward their graduation requirements.

“I think it’s a really big deal for a number of reasons,” said Glenn Crawford, president at First Flight and a captain for ABX Air in Wilmington. “No. 1, there’s a severe pilot shortage right now.”

The Wright State University campus is close to Huffman Prairie, where the Wright brothers taught themselves to fly and created the world’s first flight school. So it’s appropriate for Wright State to offer these courses in that sense, Crawford said.

First Flight’s training contract with Sinclair Community College in Dayton ended two months ago, he added. “We have been wanting to do something with Wright State for some time.”

The rewards can be solid for good pilots, Crawford also said. Regional airlines are paying well over $300,000 to $350,000 a year to experienced pilots, with starting salaries closer to $80,000 a year, rising to well over $100,000 for the second year, he said. Promotions to captain in a new pilot’s second year is also a distinct possibility, he said.

“That’s shows you how much the major airlines are hurting for crew members,” Crawford said.

Good candidates include smart people who can think on their feet, with good hand-eye coordination. But flying isn’t brain surgery, Crawford cautioned. “If you’re good at driving a stick shift through town, you’ve got what it takes,” he said.

Students will have access to all ground and flight training necessary to complete required pilot ratings, Wright State said.

“This partnership is about providing our students an opportunity to expand their skill set portfolio while at Wright State,” said Wright State President Sue Edwards.

“Flight training is an ideal use for our Dayton-Wright Brothers Airport. The program may help with the nationwide pilot shortage issue,” said Gil Turner, aviation director for the City of Dayton.

Edwards and Tom Gunlock, chair of the Wright State Board of Trustees, said that a university named in honor of the Wright brothers should begin to develop an innovative aviation program.

“It is time for Wright State to take its first steps to become a leader in aviation-related education,” Gunlock said. “The university can accomplish this by initially offering students an opportunity to receive pilot training through First Flight Aviation with the goal of becoming a leader in the aeronautical realm by the end of this decade.”